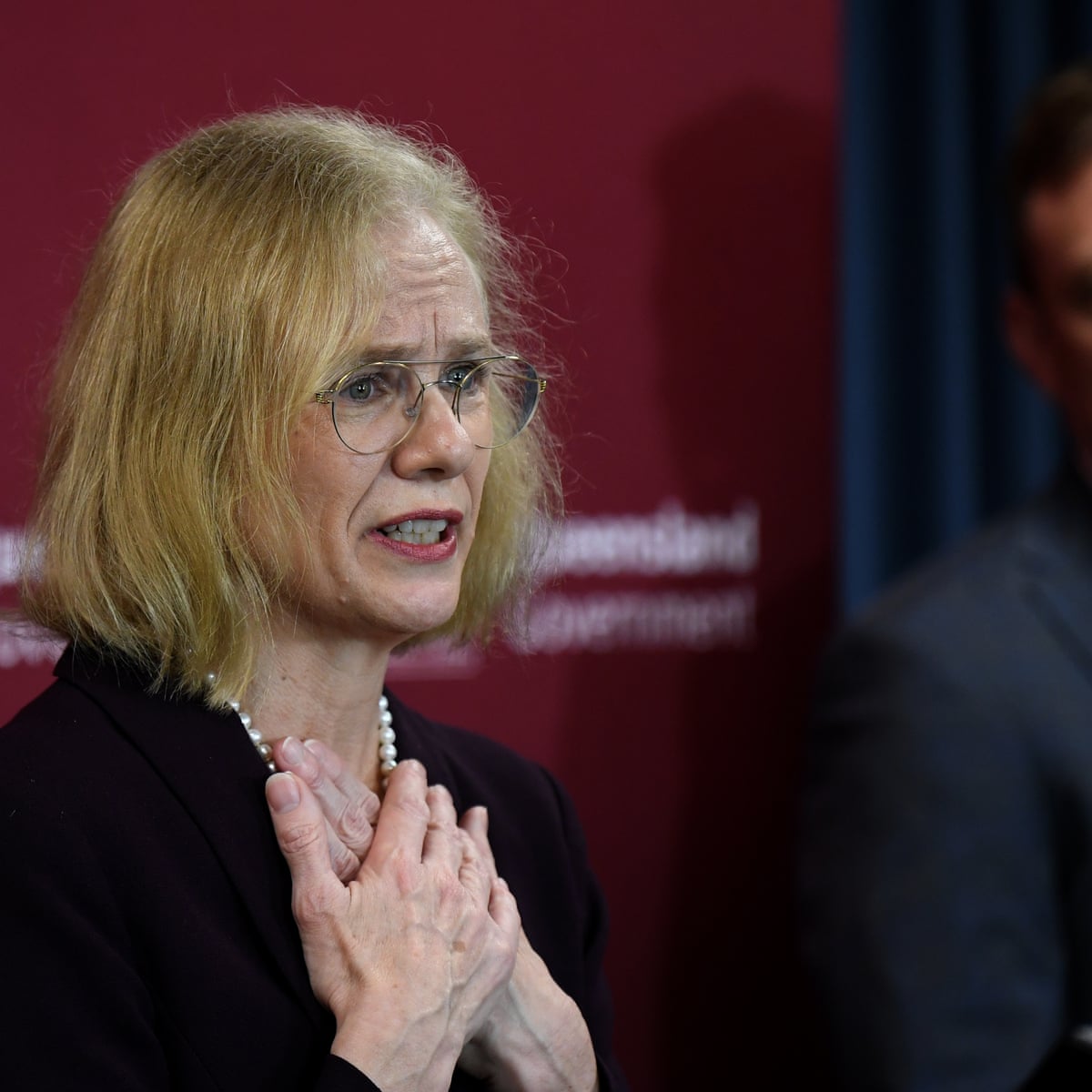 A woman who contracted the mutant UK strain of COVID-19 and flew into Brisbane from Melbourne after clearing hotel quarantine has since tested positive to the virus again, prompting an urgent public health response.

Under the previous national protocols, the woman was allowed to leave after 10 days in hotel quarantine, and did not need to return a negative test before doing so.

But because authorities are so concerned about this new strain, those rules have now been changed.

What do we know about this case? 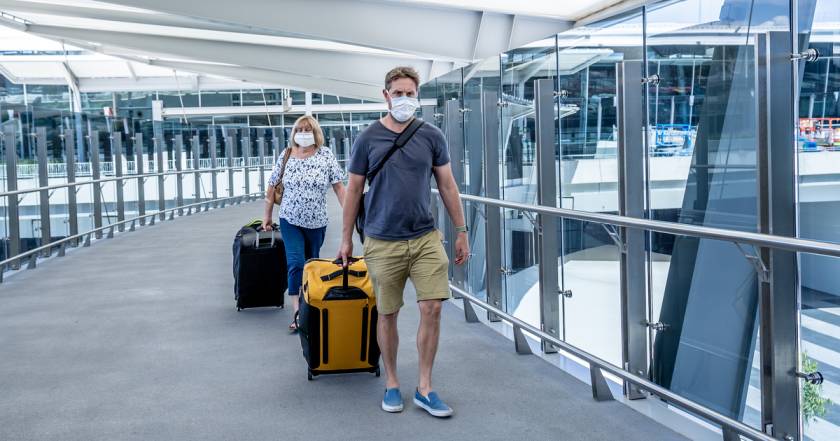 Queensland’s Chief Health Officer Jeannette Young said the woman flew into Melbourne from the UK on December 26 and tested positive a day later.

She spent 10 days in hotel quarantine, “cleared all her symptoms and was allowed to leave Victoria”, Dr Young said.

The woman caught flight JQ570 from Melbourne to Brisbane, arriving at 11:00pm on January 5. She then travelled to her parents’ house in Maleny, on the Sunshine Coast.

Dr Young said Victorian authorities alerted their Queensland counterparts the woman had tested positive to the UK variant. She was retested in Queensland on Friday and found to still be positive.

It’s worth noting that authorities say she poses a very low risk, and they are contact tracing out of an abundance of caution because of this new strain.

Why are authorities worried?

The woman who left Melbourne contracted the same UK strain as the Brisbane hotel quarantine cleaner — whose positive result has sent Greater Brisbane into a three-day lockdown and seen borders slammed shut across the country.

Research estimates the UK variation could be up to 70 per cent more infectious than other strains, and authorities fear transmission could be hard to control if it gets into the community.

The UK strain is just one of a number of new variants of COVID-19 that appears to be more transmissible and therefore more concerning to authorities. 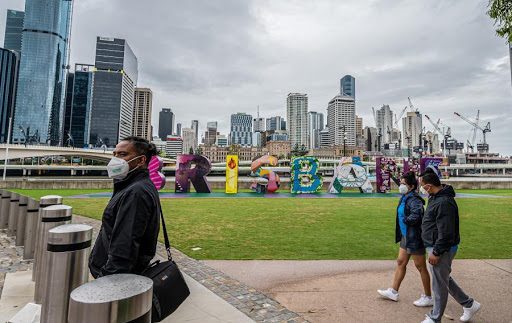 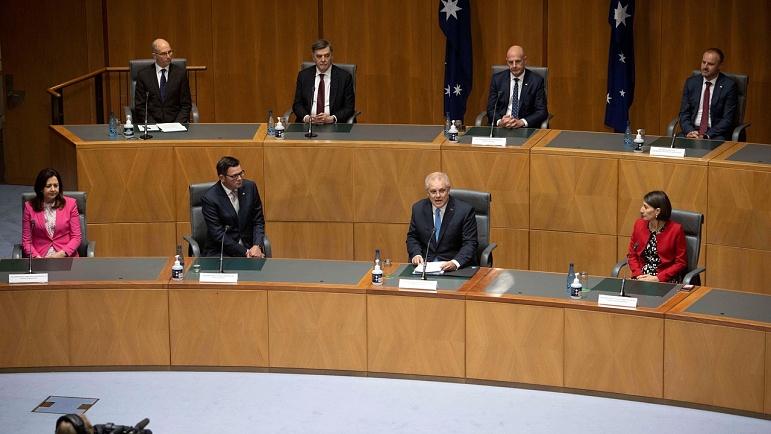 What rules are changing as these new strains emerge?

The guidelines from the Communicable Disease Network Australia have been updated to advise anyone who tests positive for the mutant UK strain to quarantine for the full 14 days from the onset of symptoms.

Friday’s National Cabinet meeting saw a number of other rules tightened to guard Australia against the strains.

International passenger caps have been reduced, masks are now mandatory in airports and on planes, tests will be compulsory before and after international flights and there will be daily tests for hotel quarantine workers.

The increased testing for quarantine staff was already in place in Victoria, which has dramatically overhauled its system in the wake of the state’s deadly second wave. 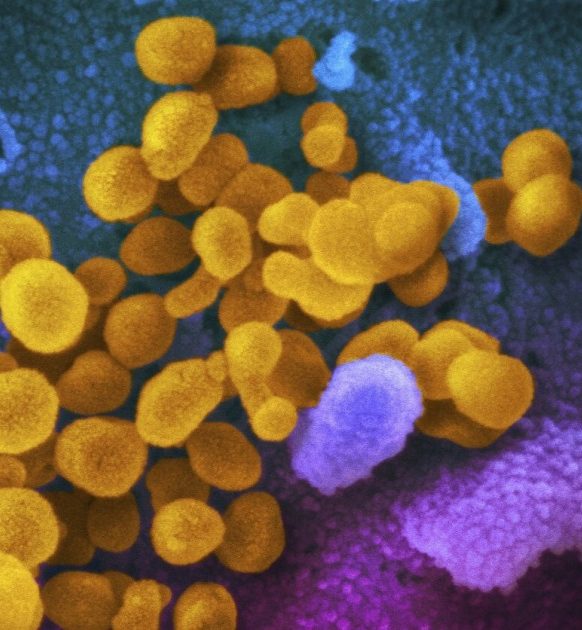 Government sets up ‘myth-busting’ unit to take on Covid misinformation 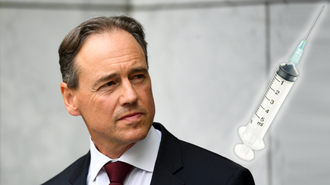 Announcing the arrival of the first 300,00 doses of the new AstraZeneca vaccine to Australia on 28th Feb, Hunt revealed the departments of home affairs and health had “quietly” established the unit last year amid concerns about misinformation.

The federal government has established a “myth-busting unit” to address what health minister Greg Hunt has called “plainly ridiculous” misinformation surrounding the rollout of the Covid-19 vaccine in Australia, amid increasing concerns about the spread of false information and conspiracy theories during the pandemic.

Australia started its vaccine program on 22nd Feb with the first injections of the Pfizer vaccine.

Almost 30,000 Australians had been vaccinated since 22nd Feb, including 8110 aged care and disability residents throughout 117 care facilities.

Meanwhile, the government has kicked off a second $31 million public information campaign on the COVID-19 vaccination program.

Authorities are increasingly grappling with the growth and impact of conspiratorial thinking during the pandemic as vaccines which depend on widespread take-up to stop the spread of the virus are rolled out.

In Australia, research released by the government earlier on March found only 64% of people said they would “definitely” get the vaccine, though authorities remained confident that figure would rise significantly as the rollout progressed.

The arrival of the first doses of the AstraZeneca COVID vaccine 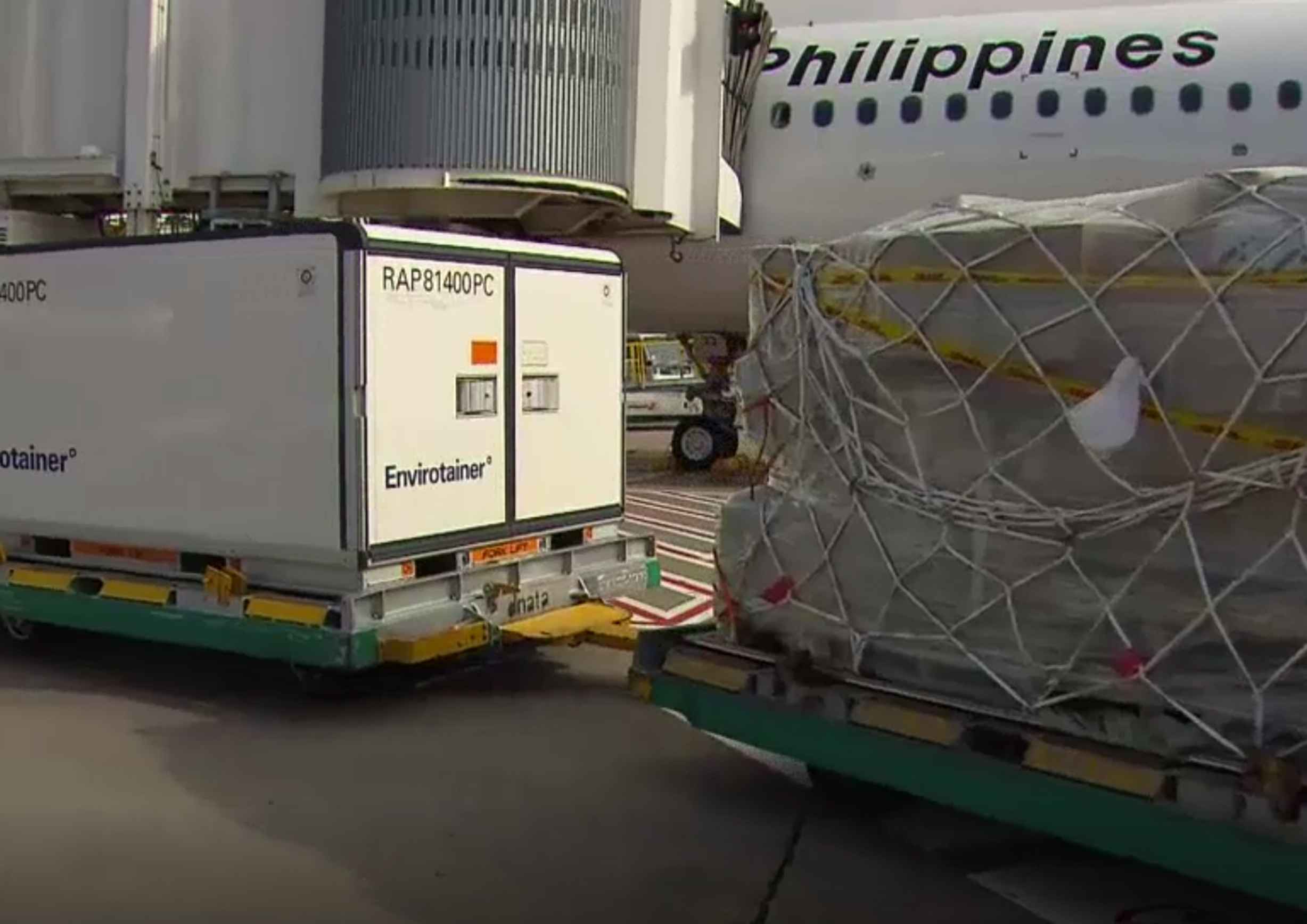 Australia has doubled its coronavirus vaccine stocks after hundreds of thousands of doses of the Oxford-AstraZeneca vaccine were flown into Sydney on 28th Feb.

The federal government says it hopes the new vaccine will be going into people’s arms from Monday, March 8.

These are the first doses of the AstraZeneca jab to arrive in Australia.

They will now be batch-tested by scientists from the Therapeutic Goods Administration (TGA) before a planned rollout on March 8. 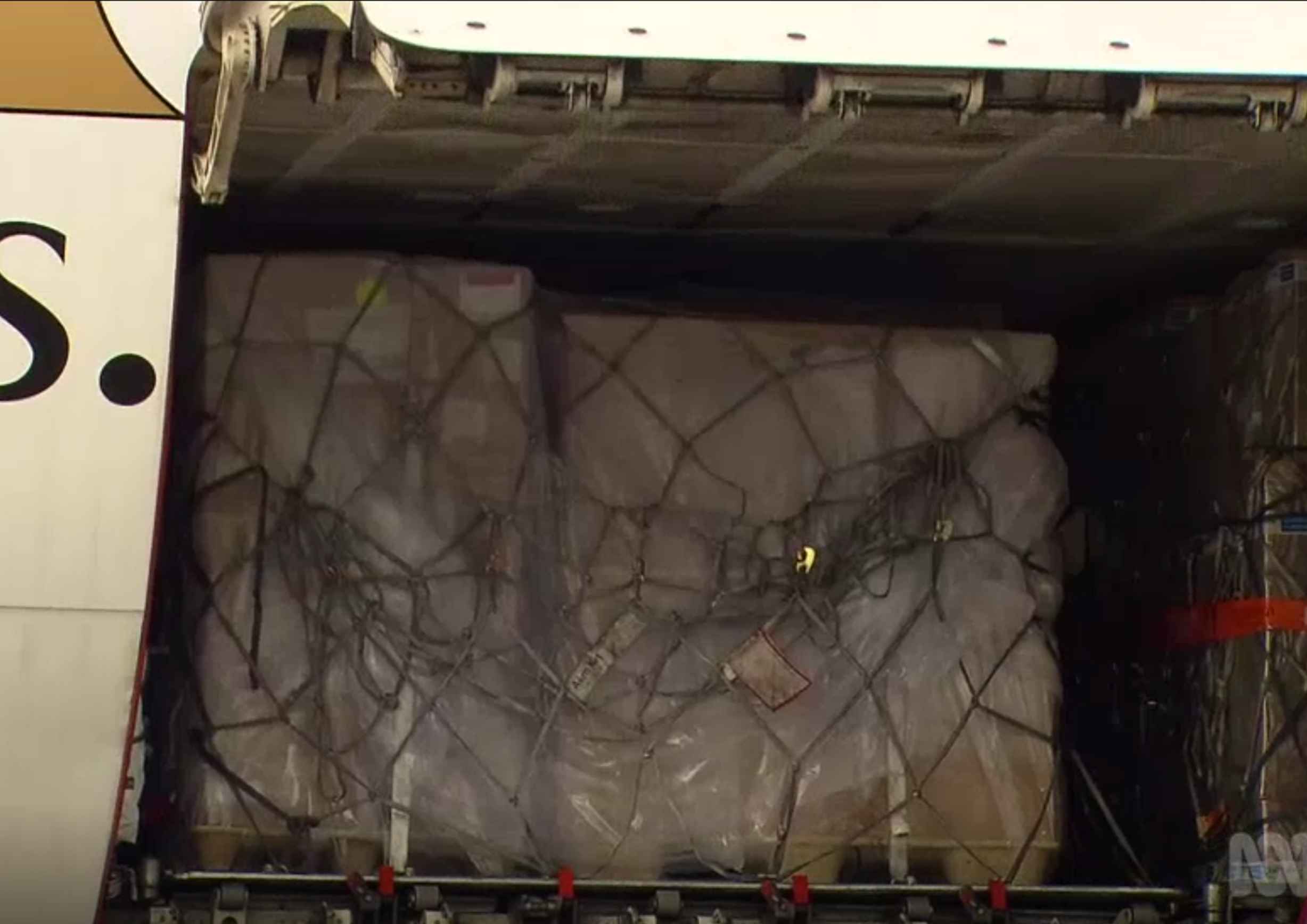 Australians have been getting vaccinated for the last week. However, those vaccinations have been carried out using the Pfizer-BioNTech vaccine. That vaccine needs to be transported and stored in ultra-cold temperatures.

By contrast, the Oxford-AstraZeneca vaccine can be stored at fridge temperature making it easier to distribute. The rollout of the Pfizer vaccine started in February, with 20 million doses soon to be available.

Most Australians will get the AstraZeneca jab, which also needs two doses, administered 12 weeks apart.

The TGA will now check the vaccines have been stored at the right temperature and run batch tests to ensure they meet Australia’s strict quality standards.

More shipments will follow and then in late March, the first of the CSL Australian-made, Australian-produced AstraZeneca vaccines are expected to arrive on the basis of 1 million doses per week, with approximately 2 million expected before the end of March. 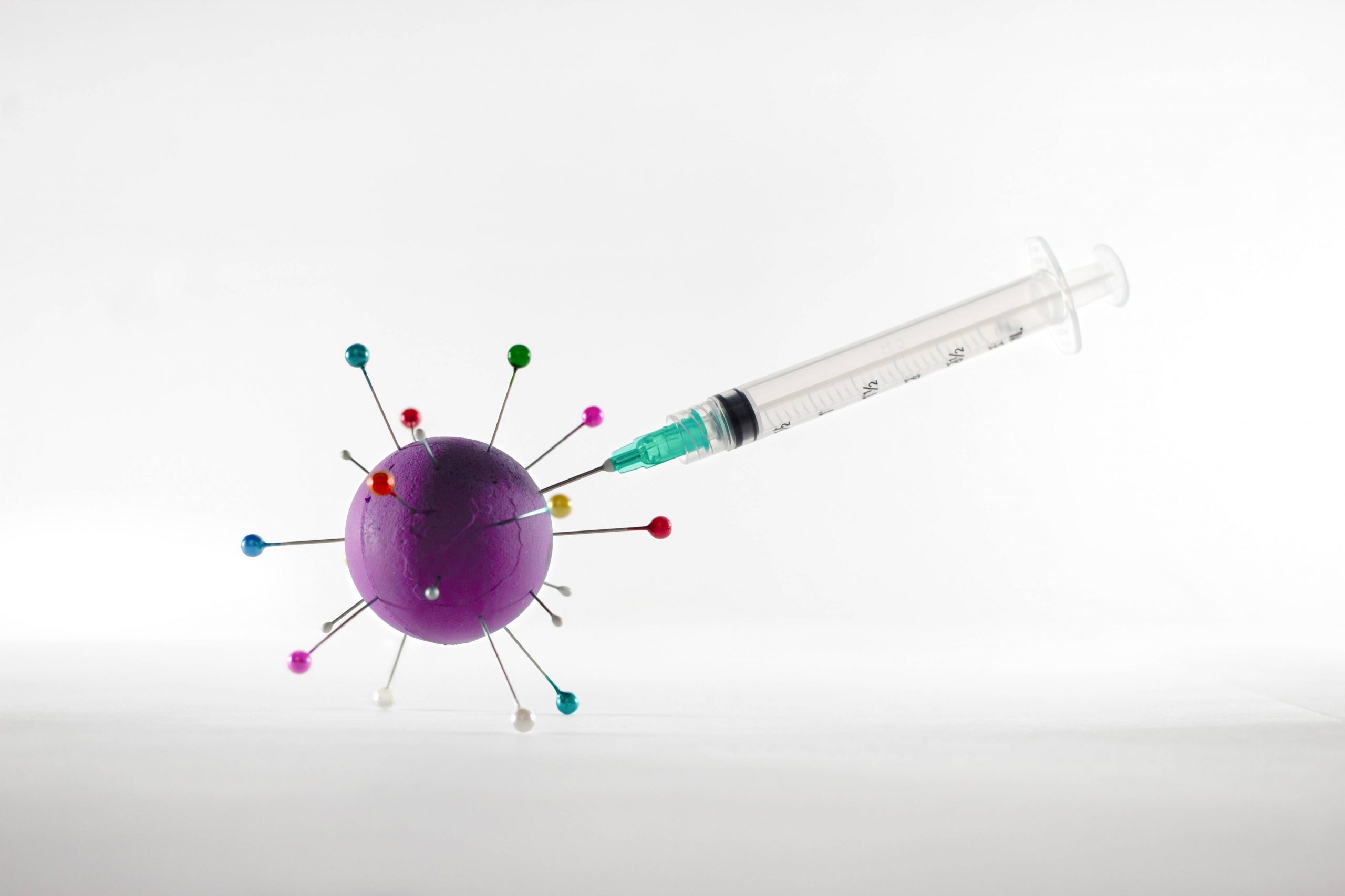 The single biggest and most complex vaccine campaign in the nation’s history has begun.

On February 22, Australia officially joined the global race to inoculate millions of people against COVID-19. Quarantine and border workers, frontline healthcare workers, and aged and disability care residents and staff are among the first in line. 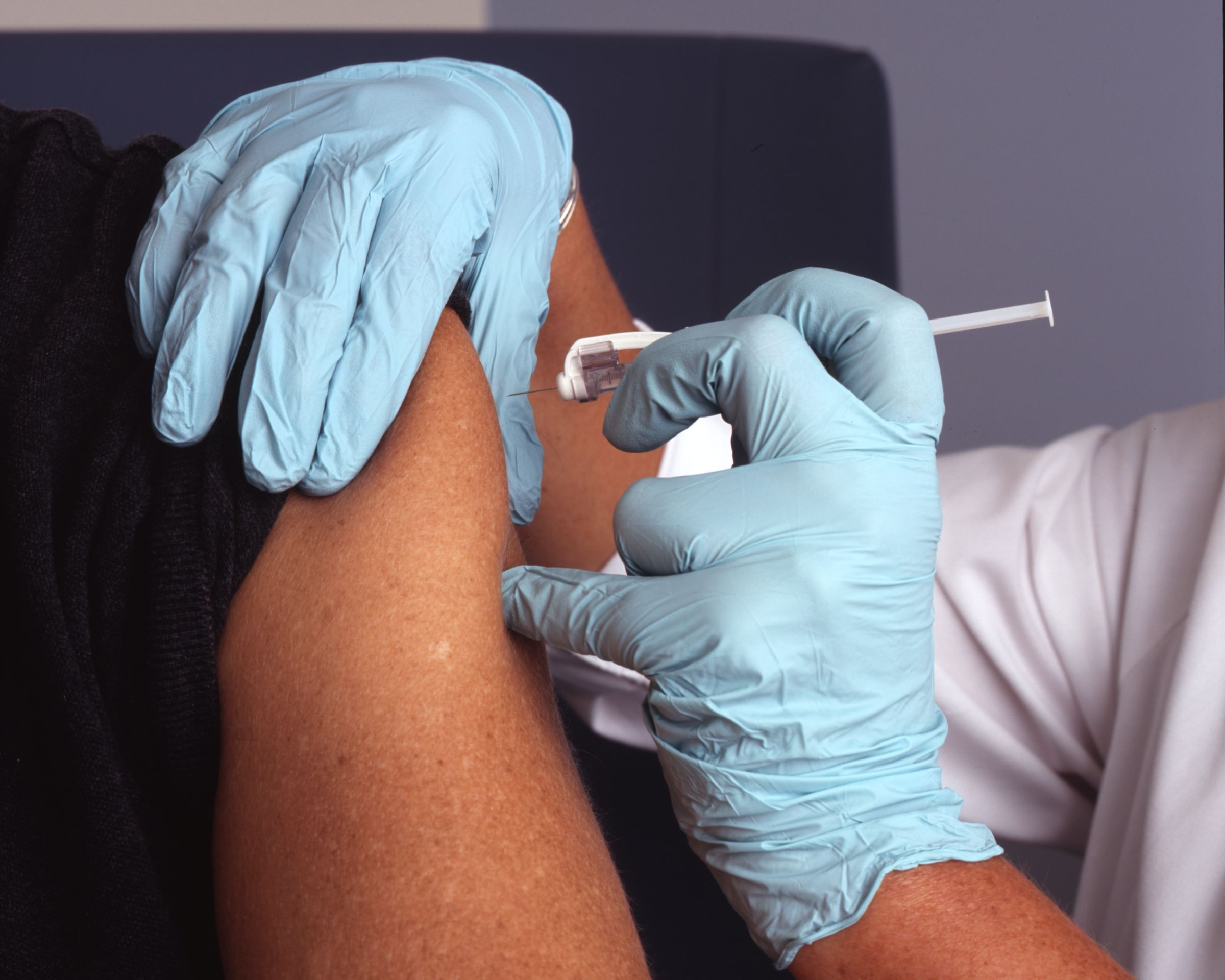 The data on this page tracks how each of the states and territories is progressing in this mammoth task, as well as how Australia compares to the rest of the world.

The government has fallen drastically short of its target for the end of February, delivering just half of the expected number of jabs, according to the latest count.

As of February 28, just 33,702 doses had been administered nationwide, according to figures from the Department of the Prime Minister and Cabinet — far below the government’s goal of “at least 60,000 [doses] … by the end of February”.

However, figures shown on March 1 has just 53 per cent of the 63,140 doses allocated for the first week of the campaign had been delivered.

Queensland and Victoria are the furthest behind, reaching only 22 per cent and 30 per cent of their respective allocations.

Tasmania leads the pack, delivering virtually its entire allocation, followed by the ACT at 84 per cent, then NSW at 74 per cent.

The federal government, which is responsible for vaccinations in aged and disability care, has delivered 72 per cent of its share of vaccinations. 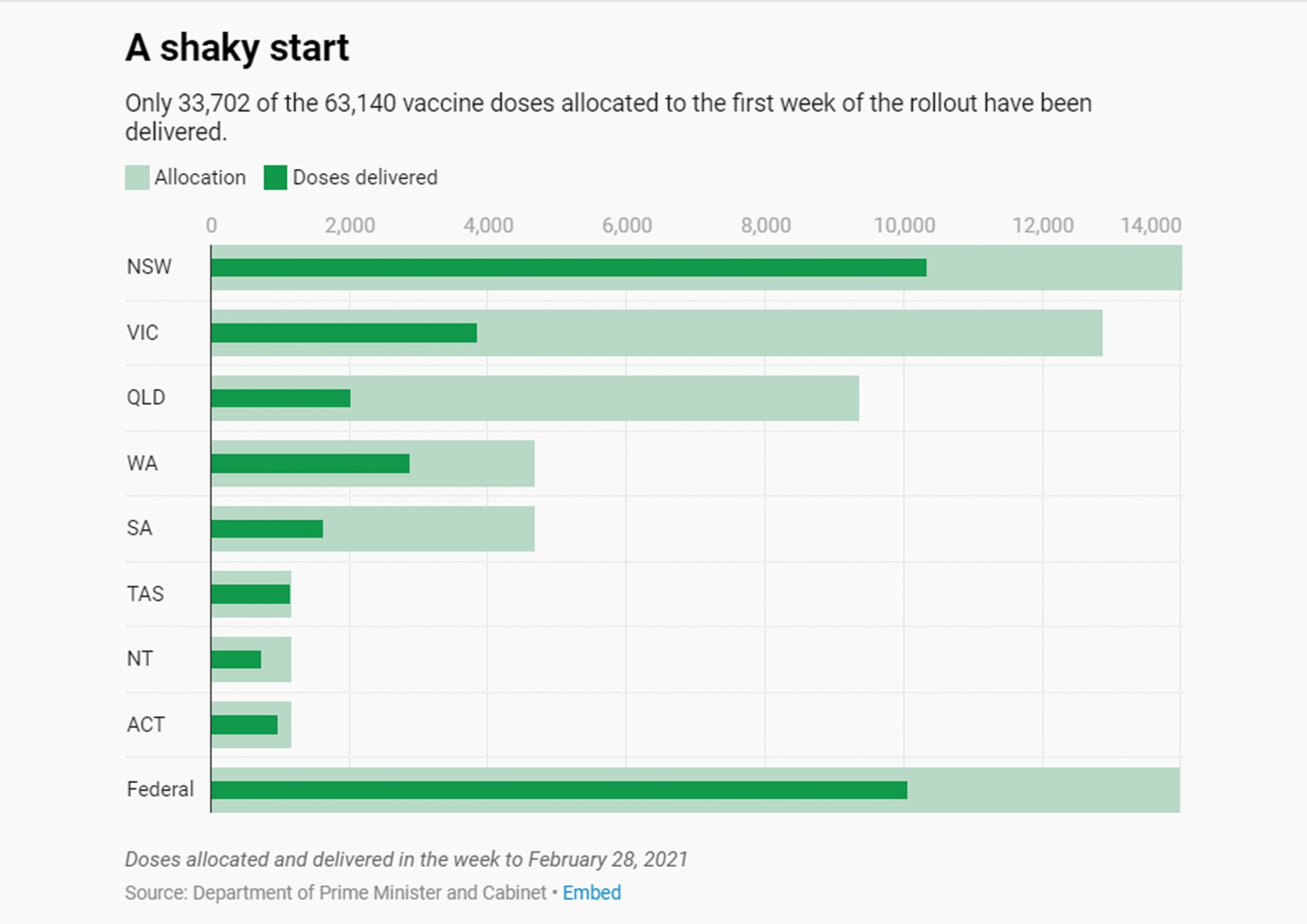 In January, the government said its initial target for the start of the rollout was 80,000 doses a week — roughly 11,500 a day.

The longer-term target is to fully vaccinate all adults (about 20 million people) by the end of October, which means rapidly ramping up to some 200,000 doses per day. 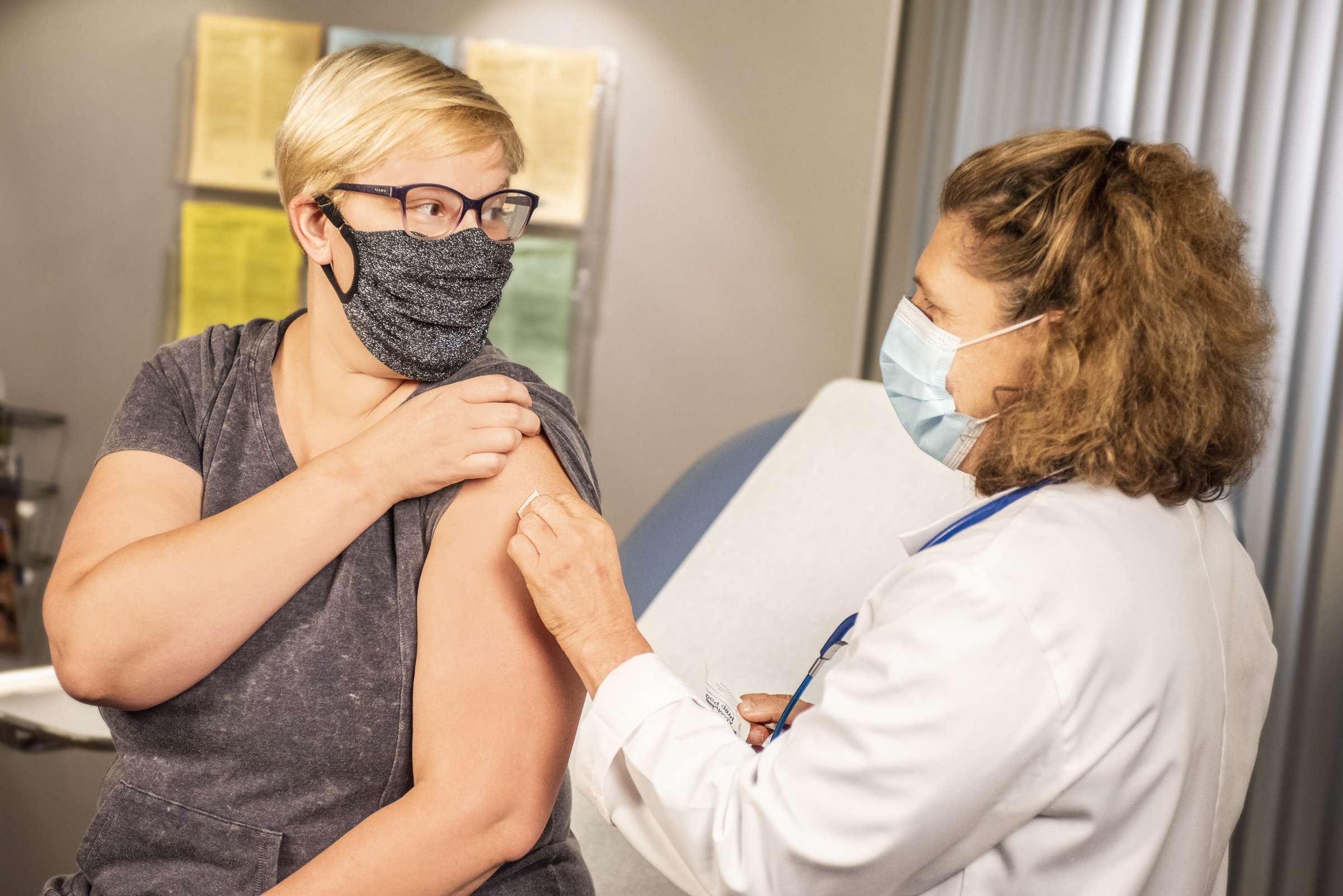 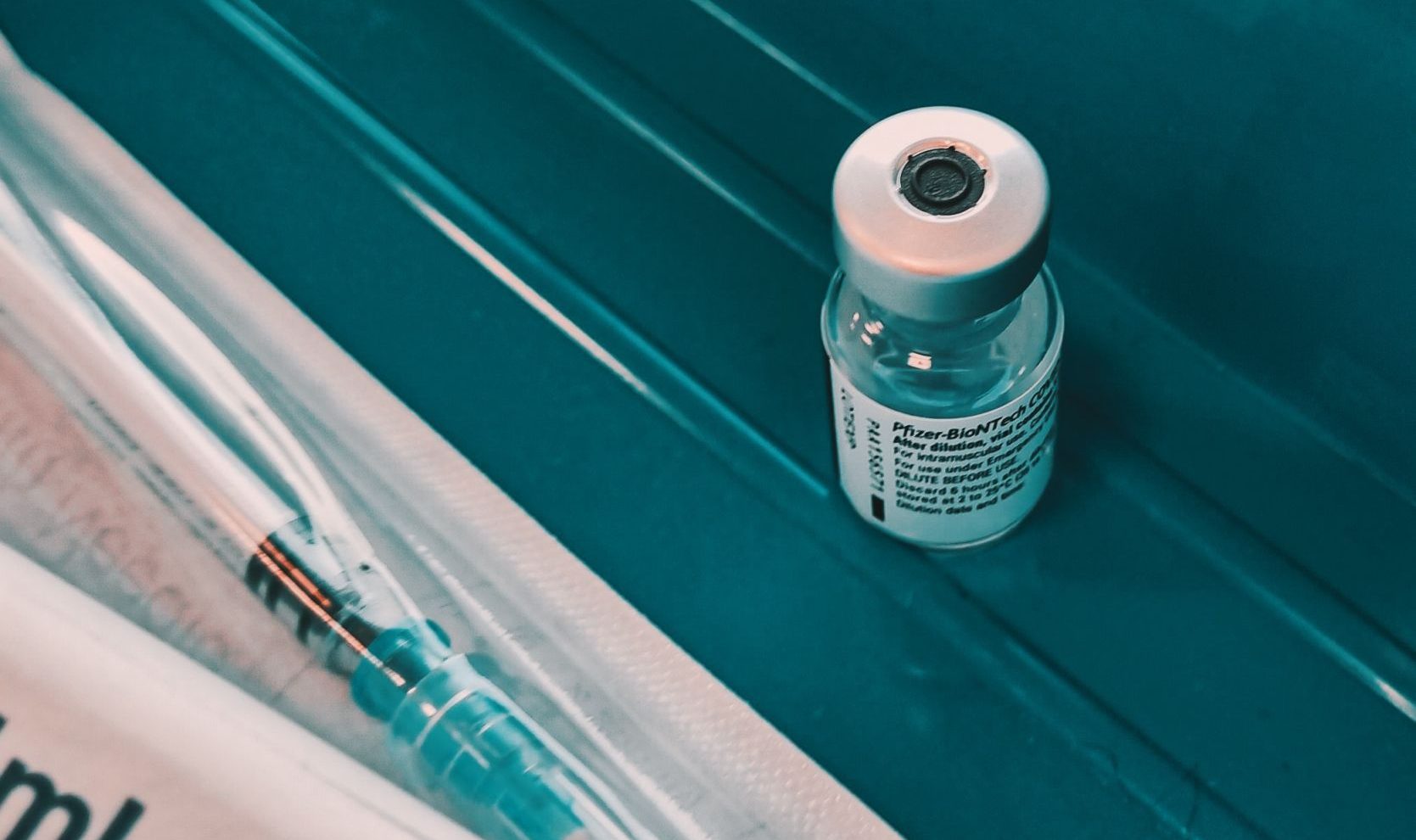 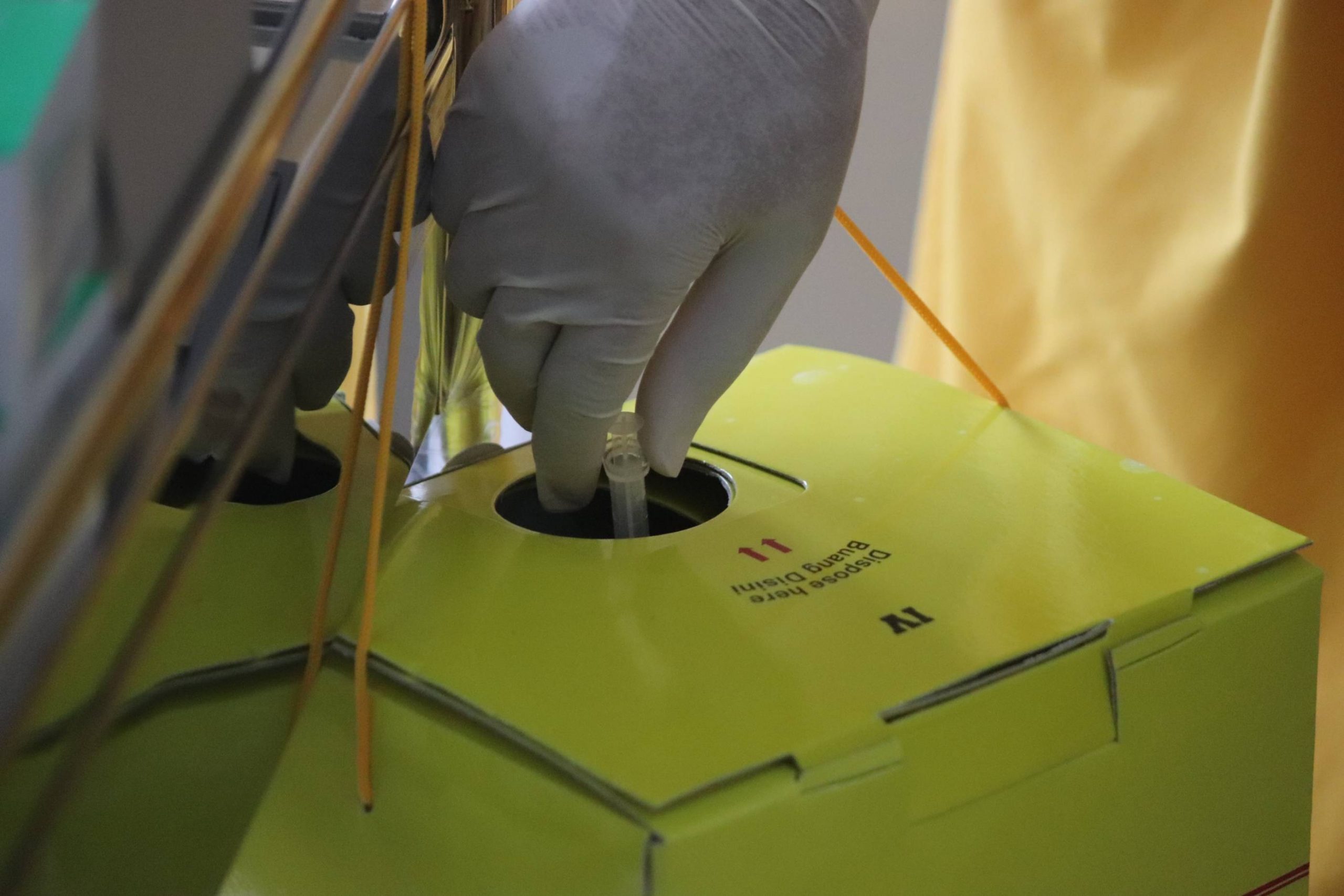 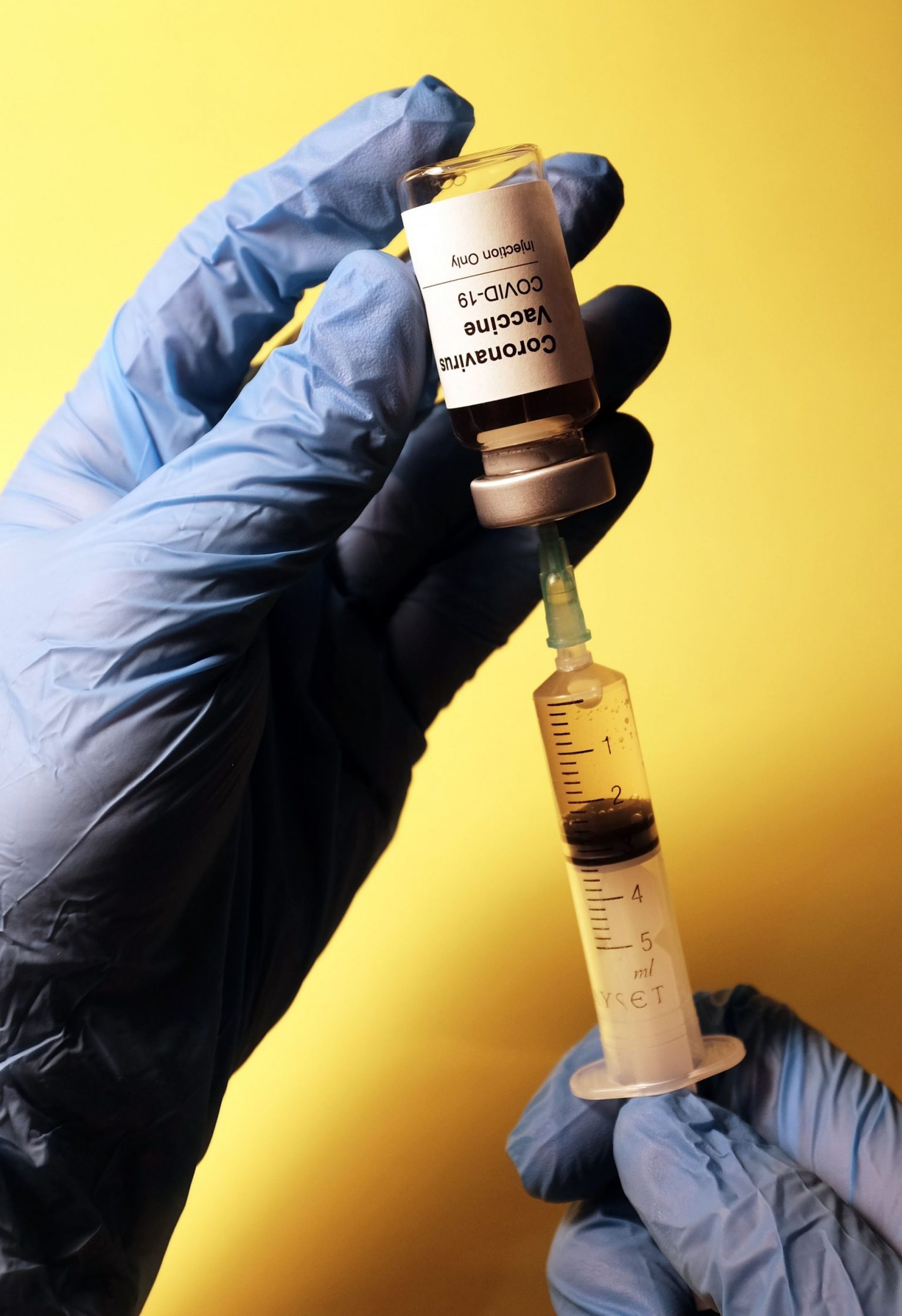