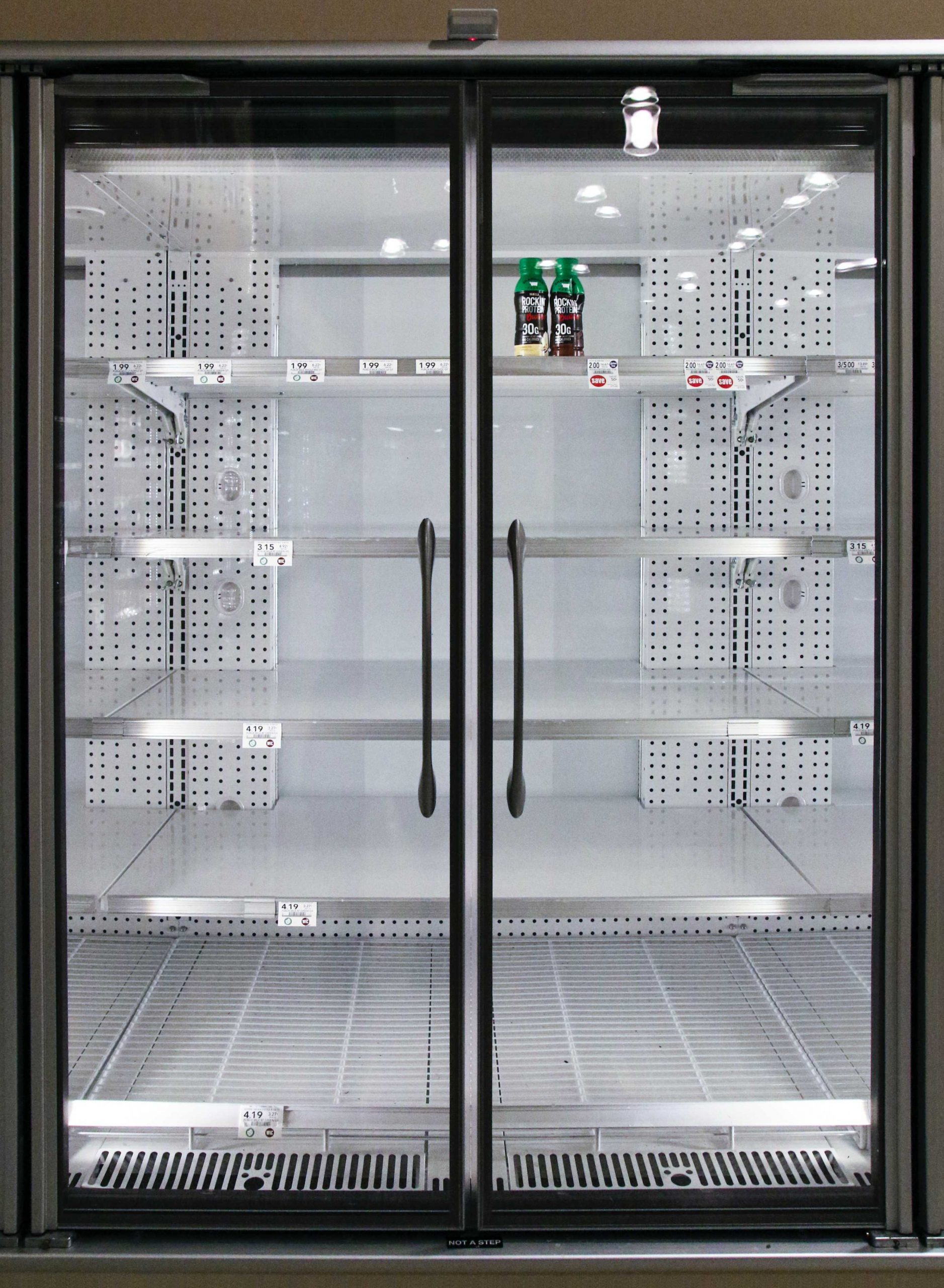 In 2020 and 2021, empty shelves were due to spikes in demand, as shoppers responded to lockdowns by buying more toilet paper, pasta and other consumables. This disrupted the usual rhythms of predictable supply chains. Apart from the first wave in March 2020, shortages were localised.

Now the shortages are due to supply-side problems and occurring (almost) nationally. As Omicron infections surge in every state apart from Western Australia, supply chains are being crippled by the sheer number of transport, distribution and shop workers now sick or required to isolate. 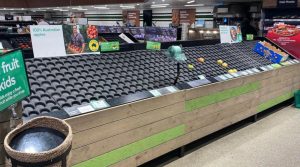 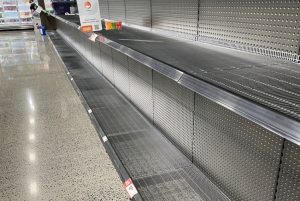 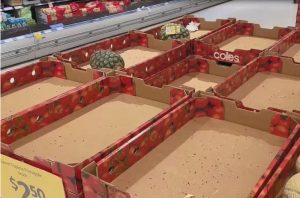 The major problem now is in transport and distribution. The Transport Workers’ Union says a third to half of Australia’s truck drivers are off work. Woolworths chief executive Brad Banducci said on Friday more than 20 per cent of distribution centre staff and more than 10 per cent of store workers are absent.

There are also problems in production, particularly in meat processing — an industry prone to the spread of COVID-19. Hundreds of workers in eastern states abattoirs are off work, according to Meat Industry Council chief executive Patrick Hutchinson. He has warned of severe shortages within weeks due to the lack of rapid antigen tests.

Then, of course, there is the response of shoppers to shortages (or the expectation of shortages). We’ve seen how this works multiple times: products disappear from shelves, people buy more in response. Fear of shortages becomes a self-fulfilling prophecy.

Coles has already imposed buying limits on certain meat items (except for WA) and warned customers to expect shortages for all of January.

Woolworths and ALDI have not (apart from limits on hard-to-get rapid antigen tests), but they might be forced to. That depends mostly on what happens in the next weeks in NSW, which plays a large role in national grocery logistics and where COVID-19 infections are surging.

What you can do

If you don’t have three weeks’ supply, and have both the space and money to stock, go for it. If not now, because there is a shortage, then in the next opportunity. This is not about panic-buying or hoarding. Not suggesting you buy a year’s worth of toilet paper or tinned food. Just always have enough so you can have peace of mind next time. 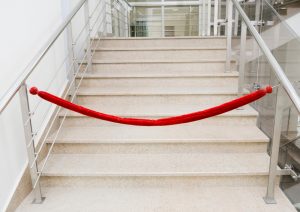 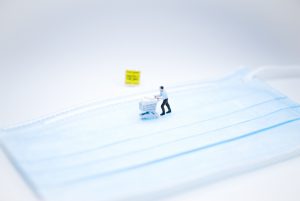 The pandemic has exposed the brittleness of just-in-time supply-chain management, which over decades honed the amount of stock held by manufacturers, wholesalers and retailers to a minimum. This was fine for maximising profits in good times. Now the times call for more of a just-in-case approach, with enough flexibility to avoid the system collapsing in a crisis.

Supermarkets have already made changes to avoid repeats of the supply crises of 2020 and 2021 by keeping more stock on hand. But this alone can’t solve the problem. The grocery business is competitive. Floor and refrigeration space is finite. They can’t afford to overstock.

What they can do is move to a more decentralised system for restricting quantities of items customers can buy when shortages do occur.

Every store can calculate safety stock levels to protect them from supply-chain fluctuations. When an item is about to go missing from the shelves, they shouldn’t have to wait for a decision from the central office to restrict quantities. They should be able to do it on the spot, while corporate headquarters work out alternatives.

When the problem is not lack of inventory but insufficient people to move products from warehouses to stores, the solution is visibility — letting costumers know about staff shortages, that there’s more than enough product on its way as soon as logistics allow, and that other stores are better supplied. 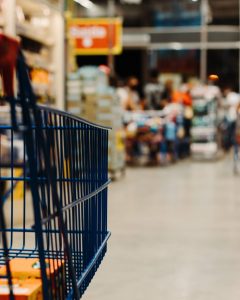 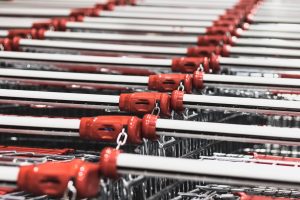 It is unlikely every store will be equally hit by labour shortages at the same time. Imagine evolving to a point where a Coles store with empty shelves informs shoppers the product is available two blocks away at the IGA.

For this to happen, of course, requires cooperation between competitors, and therefore easing of the usual anti-cartel rules that expressly prohibit collusion. But there is a clear precedent for this. In April 2020, the Australian Competition and Consumer Commission gave temporary authorisation to telcos, banks, medical suppliers and supermarkets to collaborate to ensure the supply of essential goods and services.

There is a clear case for supermarkets to cooperate now — and for the foreseeable future — with the Australian Retailers Association expecting the supply chain issues to continue for at least 12 months. 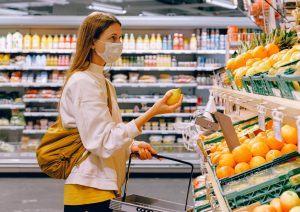 Both federal and state governments can help set the rules of engagement, and provide accurate and actionable information to give the correct dimension of the problem. They have, for example, data from past decisions such as the effect of Victoria’s restrictions on abattoirs in 2020.

If everyone is ready, doing what they can, we may reach a culture of resilience in Australia where empty shelves in supermarkets are but a bitter memory.

5 nutrition tips for what to drink

Pfizer and Moderna safe and effective for under 5 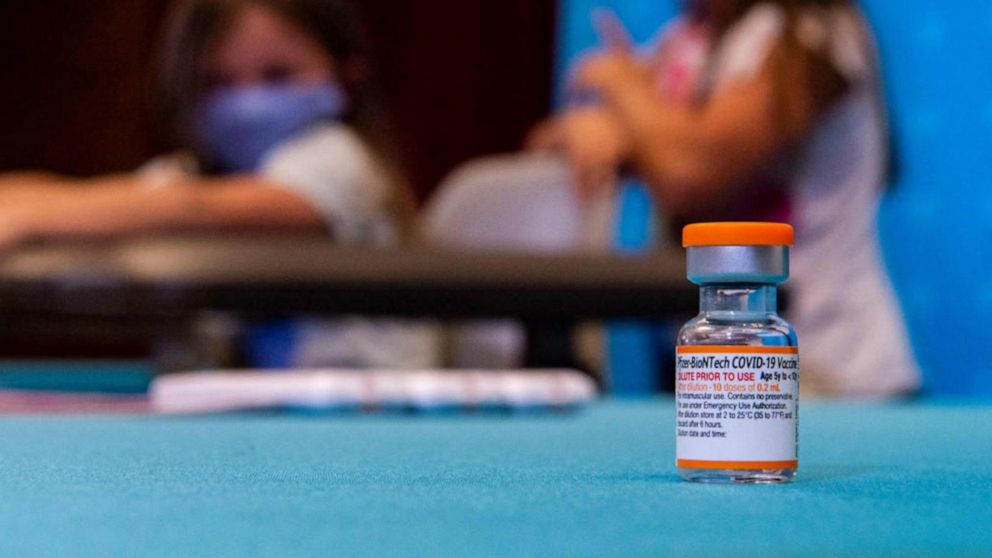 Food and Drug Administration staff said Sunday the coronavirus vaccine made by Pfizer and its German partner, BioNTech, for children younger than 5 is effective in producing a virus-blocking response and did not raise safety concerns, a prelude to a crucial review this week by the agency’s independent advisers.

The three-dose Pfizer-BioNTech vaccine for kids ages 6 months through 4 years will likely benefit this age group, the FDA said, noting higher hospitalization and death rates among the youngest children in the U.S. compared with those 5 and older.

The analysis by FDA scientists was released ahead of a meeting Wednesday of the agency’s independent experts, who will consider a request for emergency use authorization for the Pfizer-BioNTech vaccine in the youngest children. It will also review a request from Moderna to use its vaccine in children younger than 6. FDA staff Friday said Moderna’s shot for infants and young children was safe and effective. 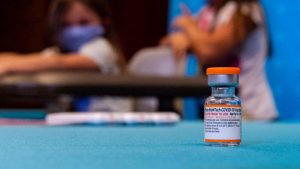 After the advisers make their recommendations, the FDA will decide whether to follow the panel’s advice, which it often does. If the agency clears the vaccines, and the Centers for Disease Control and Prevention signs off, the shots could be available beginning next week.

The FDA said the Pfizer-BioNTech vaccine met the main requirement for effectiveness — it generated an immune response at least as strong as the protection afforded to young adults from the vaccine.

Overall, the agency said, preliminary data indicated the vaccine was 80.4 percent effective in preventing symptomatic covid-19. The rate was 75.6 percent for babies and toddlers six to 23 months old, and 82.4 percent for children 2-to-4-years-old.

But the FDA said it was too soon to reach “definitive conclusions” on the vaccine’s effectiveness.

Side effects were minimal and included irritability and drowsiness for children 6-to-23-months-old, and pain at the injection site and fatigue for children 2 to 4, the FDA said.

Babies and children younger than 5 — a group numbering 19 million — remain the only age group in the United States not yet eligible for a coronavirus vaccine.

Some parents have been eagerly awaiting vaccines for their young children, anxious to provide them the same protection that older children, teenagers and adults have had for some time. But surveys show most parents intend to wait before getting their children vaccinated, or are not interested in the pediatric vaccines.

The FDA made clear Sunday it believes vaccines for the youngest group are critical. Given the uncertainty of the pandemic and likely continued virus transmission in coming months, “deployment of the vaccine for use among children 6 months through 4 years of age will likely have a beneficial effect on COVID-19 associated morbidity and mortality in this age group,” the agency said. 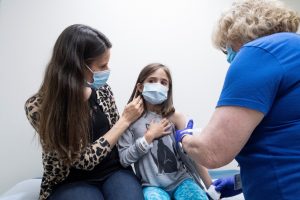 Vaccines for young children have followed a twisting — and often confusing — path, marked by disappointing results, delays and changes in regulatory strategies.

Pfizer and BioNTech initially tested a two-shot vaccine regimen but announced last December that the approach failed to meet the immune-response goal for the 2-to-4-year-old group. The vaccine makers added a third shot to their trial, delaying vaccine availability by months.

But in late January, federal officials made the surprising suggestion that there might be a path forward for the two-dose regimen, despite the disappointing results. They said that even if the vaccine missed the immune response target, which is measured in the laboratory, the vaccine still might protect children from infections.

But that data turned out to be disappointing, too, with only 28.3 percent effectiveness, according to the most recent figures, reflecting the emergence of the omicron variant of the coronavirus. The FDA dropped the plan to accelerate the vaccine and decided to await results from a third dose. 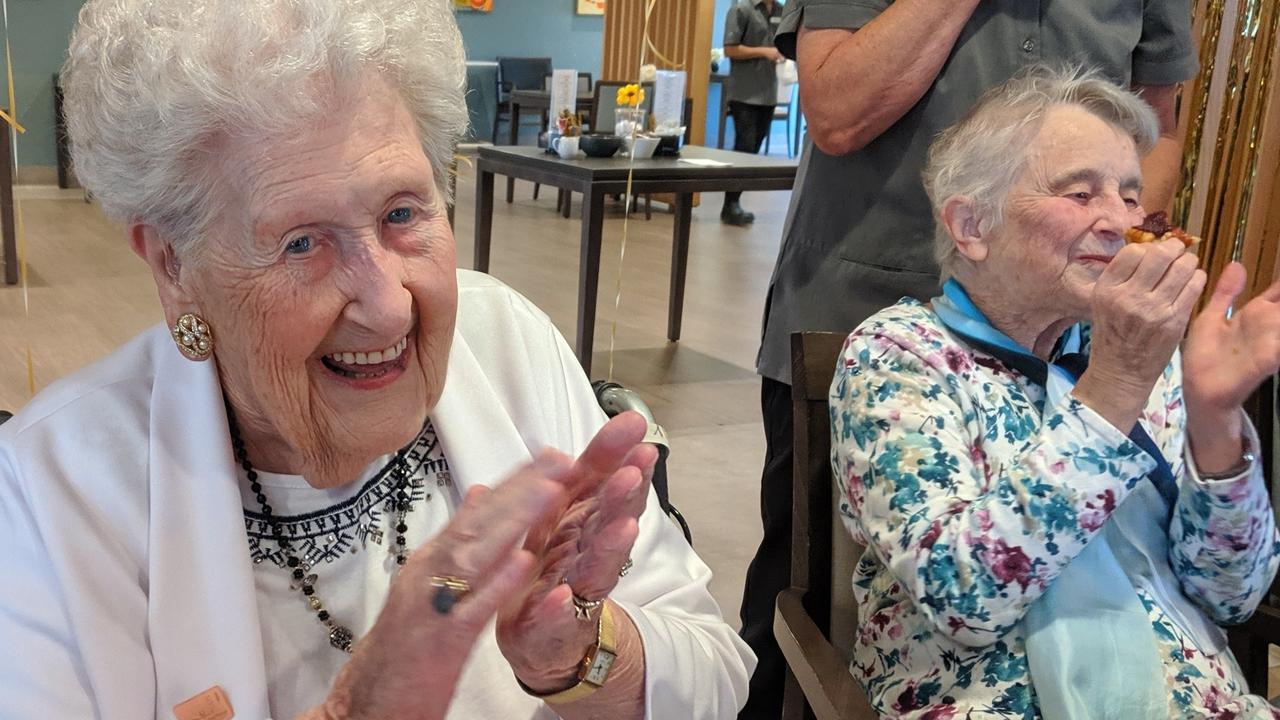 May Harrison, who is thought to be Australia’s oldest Covid survivor, hit the milestone birthday, surrounded by family and friends.

“I was very sick and when I came out of it, I was very weak, but I got over it,” she told the ABC. “We were to have had a bigger [party] on the Sydney Harbour but they didn’t think I was strong enough.

“But I love my parties.”

Ms Harrison is one of nearly 46,000 aged care residents in Australia who have so far had Covid. That is despite regulations put in place to protect this vulnerable cohort.

And as the country returns to ‘normal’ as we “learn to live with Covid”, the numbers of those instead dying with Covid have been steadily rising this year.

May is one of the nearly 46,000 Australian aged care residents who have contracted COVID-19 since the start of the pandemic.

And although the daily press conferences are long gone — and, for many people, life has returned to something much closer to normal — COVID-19 cases in Australia remain at around 45,000 per day.

Experts are warning that COVID-19 still “has tricks up its sleeve” with reinfections rising and new strains emerging.

Last week, there were more 780 active outbreaks in aged care facilities and the sector is under pressure.

Whiddon Aged Care runs 20 centres across NSW and Queensland, including the facility where May lives in south-west Sydney.

Its chief executive, Chris Mamarelis, said the company had strict health and safety practices on site, but the high community transmission across the country meant the impact of COVID-19 was still a threat.

“All of our homes are being impacted by COVID,” he said.

But high vaccinations and strong infection management have helped keep things relatively under control, he added.

Mr Mamarelis said the high case numbers were taking a devastating toll on the aged care workforce — and he was worried about reinfection.

“We’re seeing a lot of staff that are having to isolate who are contracting COVID,” he said.

“We’re not finding the backup — they’re just not there. So there’s immense pressure [particularly] in those regional locations where team members are working 12-hour shifts.”

Outside of aged care, large numbers of people continue to contract the virus in the wider community. 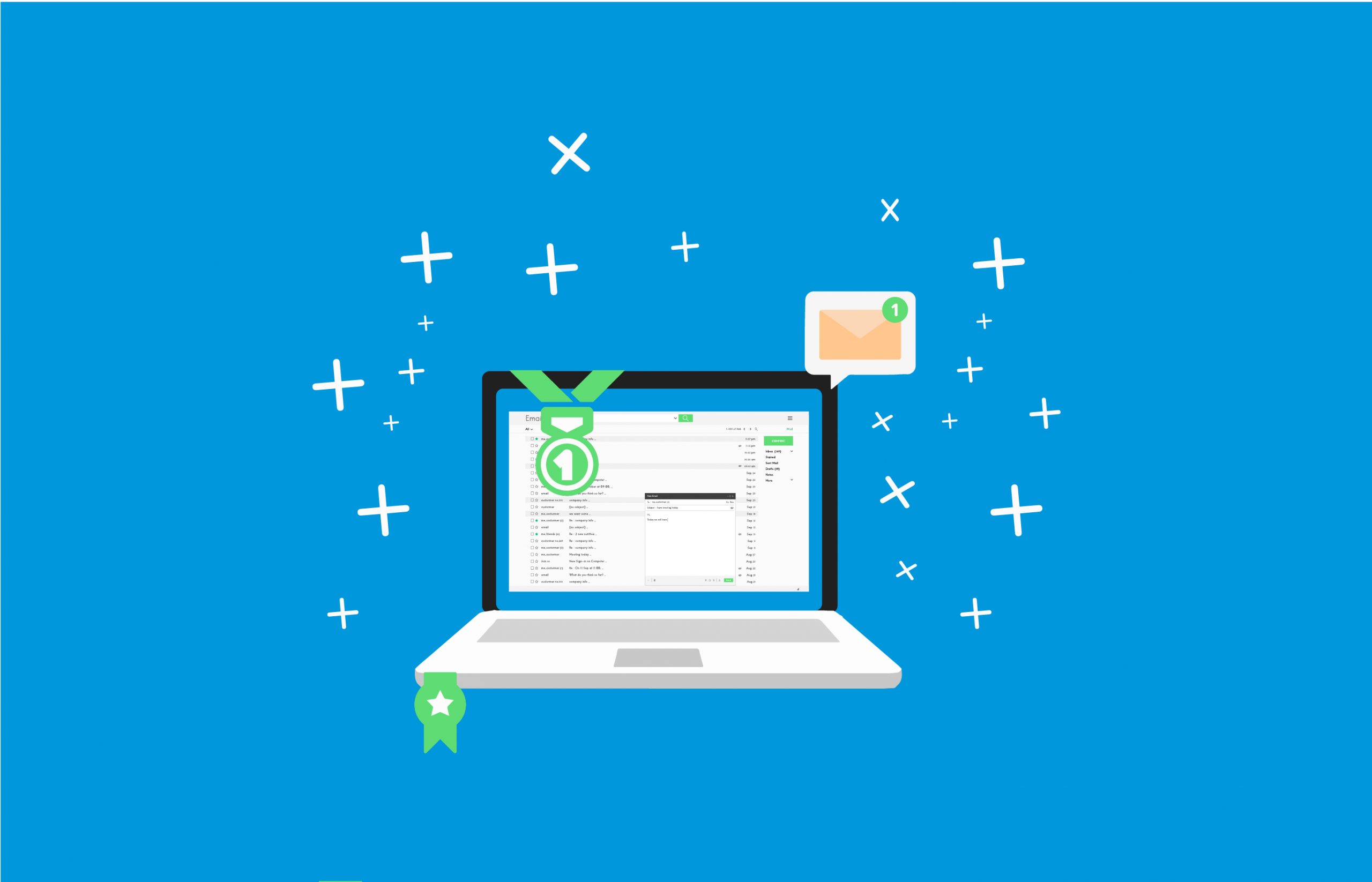 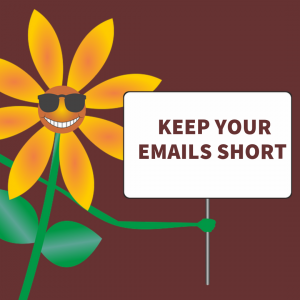 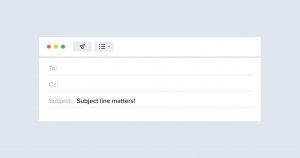 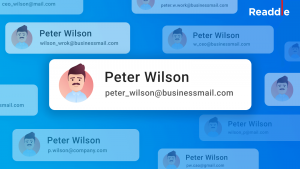 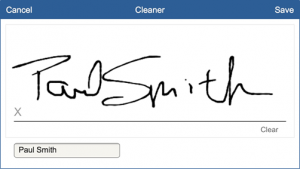 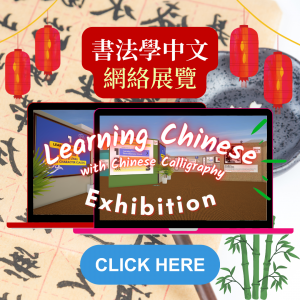