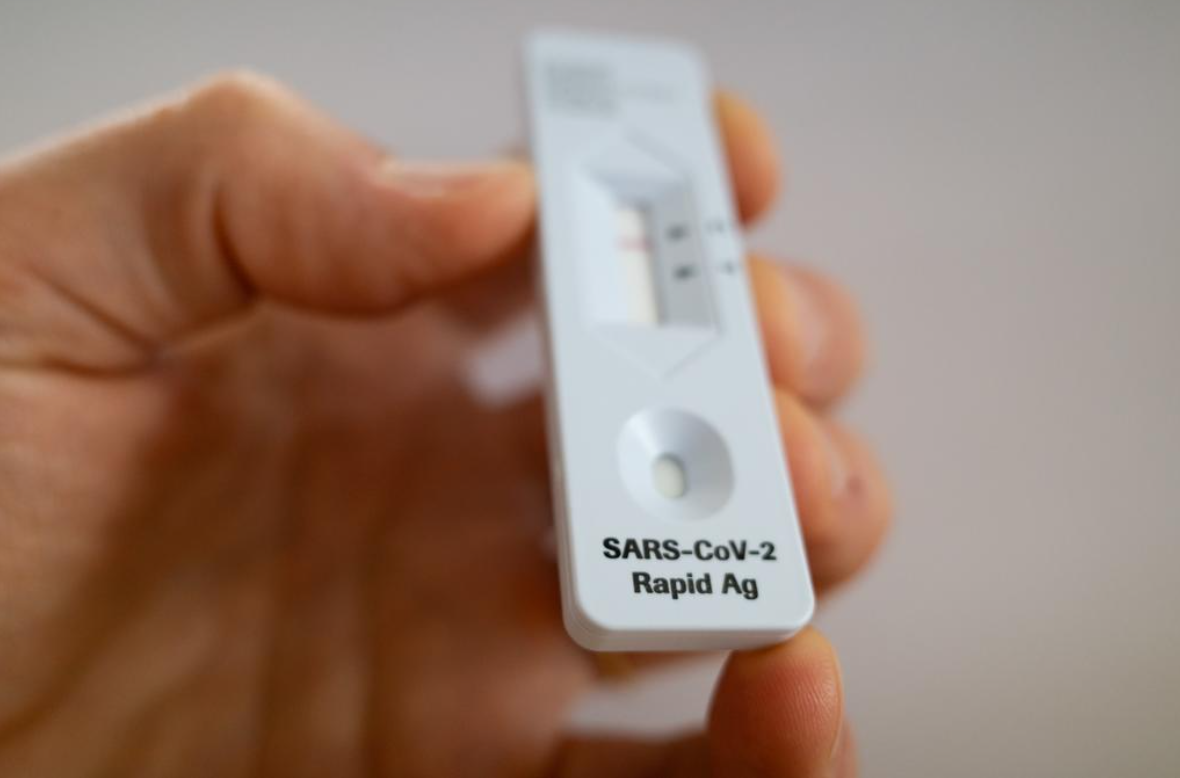 Australians’ fondness for queuing has been tested over the past few weeks, as hundreds of thousands seeking Covid-19 results waited for hours in the summer heat, in lines that snaked around city blocks. 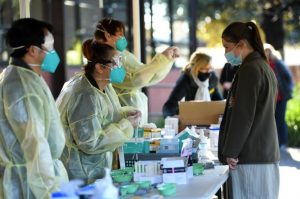 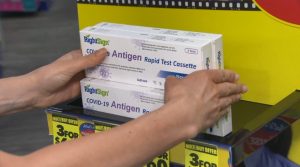 But the RATs have been in short supply, with supermarket and pharmacy shelves emptied, or only briefly stocked with pricey tests, some sold individually in ziplock bags.

Late last year, a collective of businesses were given the green light to import more than 300,000 RAT kits into New Zealand, the New Zealand government announced RATs would be made available to some groups from mid-December, and pharmacies quickly reported they were swamped by demand.

This week, Australia’s national cabinet agreed to a plan to get more rapid tests to those who need them and ease the pressure on PCR testing clinics. But for now, Aussie warehouses are bare and waiting times are still sky high.

While there appear to be plenty of the testing strips and plastic casings that make up most rapid tests, some manufacturers are struggling to get their hands on another piece of the raw materials puzzle.

There have been reports that some retailers were intentionally hoarding stock to inflate demand and justify price gouging, but Whiting said there were genuine supply chain issues at play.

Supplies of cardboard and packaging materials have been dwindling since October. But for Australia, chief among these supply chain issues is the scarcity of air freight.

The vast majority of rapid tests being sold for use in Australia are being imported from overseas, which means an overnight emergency delivery to replenish stocks is near-impossible.

Airlines around the world scrounging for healthy crews have been cancelling thousands of flights since Christmas, and cargo data providers reported prices on key routes almost doubled in the last three months of 2021. 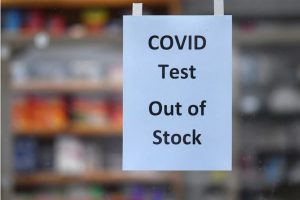 Can we even trust the case numbers?

Every state and territory — apart from Western Australia which is yet to fully relax border restrictions — saw COVID infections break records this week as Omicron supercharges the virus’s ability to spread, alongside relaxed restrictions. But what do the official figures even tell us now?

Anecdotal evidence suggests some with symptoms are not even getting tested, assuming COVID symptoms probably are just that, a case of COVID.

Others are being turned away from long testing queues, or waiting days for results (if you are living with a positive case, do days-old results even make a difference when they are received?).

Rapid antigen tests are nigh impossible to find and large numbers of those with a positive test haven’t been following up with an official PCR. And from this week, that step was no longer even required in most states. 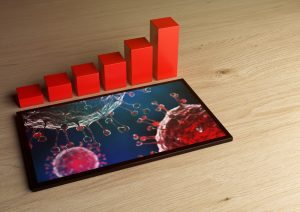 “They are beginning to lose more and more meaning because the proportion [that are] positive across New South Wales and Victoria is so high,” he said.

By the end of the week, many states introduced requirements to log positive RAT results. Combined with the new testing rules, this will help reduce the stress on the system, but it’s unclear whether official figures will ever reflect reality again.

However, that may be a moot point, as authorities and experts move towards a focus on other statistics.

Epidemiologist Catherine Bennett says the time has come to divert focus away from case numbers and towards surveillance and hospital admissions as part of the “logical next phase”.

But for a country fixated on case figures for so long, it’ll be slow going for many to reach that phase. 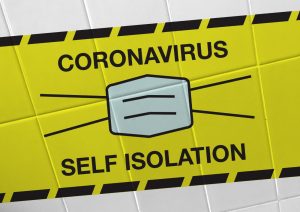 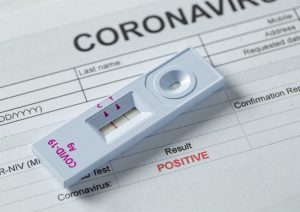 Getting tested or self-isolate?

In an open letter published in the British Medical Journal this week, public health experts called for a “vaccines-plus” approach that incorporates not just vaccination, but face masks, ventilation, and set criteria around effective testing, tracing and isolation to suppress transmission.

Meanwhile In Victoria, the health authority said 40 percent of cases being recorded are people aged in their 20s, and a significant proportion from hospitality and entertainment environments. Most of the new Omicron cases are currently under self-isolating. With over 92% of the Victorians double jabbed, the vaccines do efficiently reduced large numbers of hospitalizations, people only having mild systoms, going through self-isolating and get recovered within few days.

For people who are either close contacts or symptomatic, getting tested on sites is recommened by the health authroity. However, self-isolating at home until fully recover is also perferred if only having mild symtoms under the current shortage of Rapid Antigen Tests and overloaded testing sites. 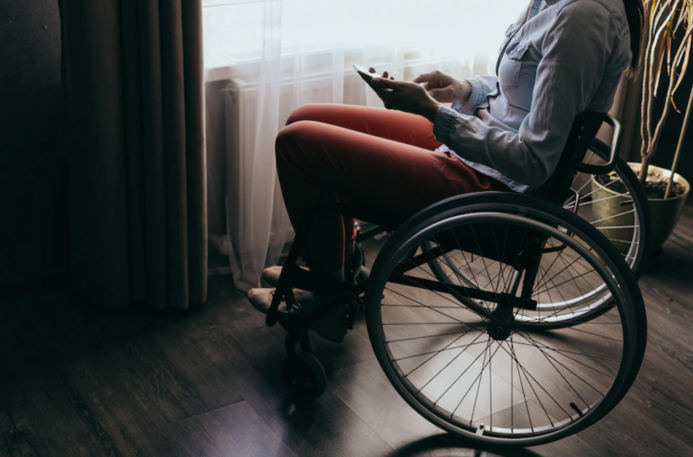 Matt McCracken relies on experienced support workers just to get out of bed in the morning, but sourcing carers has become a dire problem for many people with disabilities as COVID-19 spreads through the community.

The 59-year-old tetraplegic, who requires a machine to help him breathe and has no use of his arms or legs after breaking his neck more than two decades ago, is left extremely vulnerable if his disability carer fails to arrive.

His wife Wendy, who is a nurse, has had to take time off work during the Omicron wave of COVID-19 to care for him after a support worker contracted COVID-19. 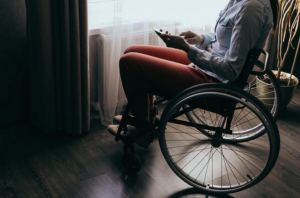 A shortage of disability carers and nursing home workers is already an issue, with the Omicron peak still to come.

Cases where asymptomatic disability support workers have gone to work in personal protective equipment (PPE) after testing positive to COVID-19 on a rapid antigen test (RAT) rather than leaving a client without care. Workforce shortages in the disability care sector are particularly acute in regional areas.

“We have one of the largest geographics of people with disability in this local region in Queensland, but we don’t have the workers here to do it — COVID has made it even worse.

‘Left with very few other options’ 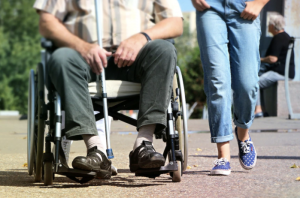 Disability advocate Dr Dinesh Palipana said some people with disabilities were at risk of having to be cared for in over-stretched hospitals, even if they were not infected with the virus themselves, if too many of their carers caught COVID-19 and had to isolate.

“If a small care team is taken out of circulation, and they’re unable to access any other emergency care, they would be left with very few other options,” Dr Palipana said, Queensland’s first quadriplegic medical graduate.

“There’s a really diverse group of people within the community of people with disabilities that will face some really unique challenges and significant risk through this coming time.

“Worldwide, disasters and emergencies often disproportionately impact the disability community, and this pandemic is no exception.

“Gandhi said that the true measure of a society is seen by how it treats its most vulnerable and now is the time for us to demonstrate who we are as a nation.”

‘Time for action is now 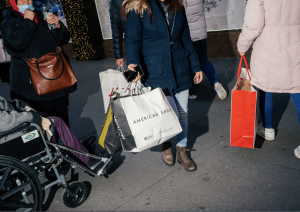 Queenslanders with Disability Network chair Des Ryan, who is based in Rockhampton in central Queensland, said challenges such as accessing COVID-19 testing, booster vaccines and support workers had become a chorus across the sector.

He called on the federal government to prioritise rapid antigen tests for people with disabilities and their support workers.

Queensland Disability Services Minister Craig Crawford has written to his federal counterpart Linda Reynolds with concerns about the shortage of RATs in the sector.

“I have heard from many Queenslanders with disability who have health conditions which make them much more vulnerable to serious illness or death if they have COVID-19,” Mr Crawford said.

He said some National Disability Insurance Scheme (NDIS) participants had cancelled essential support services due to worries about contracting the virus from carers. Mr Crawford said guaranteeing a supply of RATs to the disability care sector would help protect Queenslanders with disabilities.

‘I had to be alone overnight’

Karin Swift, who has cerebral palsy, lives alone at Eight Mile Plains, an outer southern suburb of Brisbane, with help from a support team funded by the NDIS.

The 49-year-old has had four of her workers test positive to COVID-19 during the pandemic.

“I had a bit of a time of it when COVID started getting out of control here in Queensland,” Ms Swift said. “Last week, I had to actually miss a support worker shift. My team did the very best they could do, but unfortunately it meant I had to be alone overnight — it’s not the ideal scenario.

Ms Swift said sourcing RATs was vital to keeping those with disabilities — and their workers — protected. “I can’t run the risk of a person coming into my environment with COVID-19,” she said.

The Victorian government is committing to having all of its schools return to face-to-face learning for the first day of term one. With fears the Omicron variant will seriously impact staffing levels and student health early in the school term, the Andrews government has unveiled a four-week approach to managing COVID.

The plan is near-identical to the one being introduced in New South Wales, with Victorian Premier Daniel Andrews working closely with NSW Premier Dominic Perrottet on the new COVID settings. Here’s how school will look for Victorian students and staff this term.

Students and staff to use self-testing surveillance regime

The government has secured 14 million rapid tests to be delivered to schools and early childhood centres in the coming weeks. More than 6.6 million tests will be delivered in the first week of school, with delivery trucks rolling out from Sunday morning.

The testing will be voluntary, with the responsibility of reporting results to the Department of Health and to schools falling on parents and guardians. Schools will distribute RATs to parents and families, with the first deliveries being made today.

Amid continued RAT shortages, the government made assurances that it had all the rapid antigen tests needed to deliver on its back-to-school plan. Supply numbers will be reviewed by the government at the end of the four-week plan. 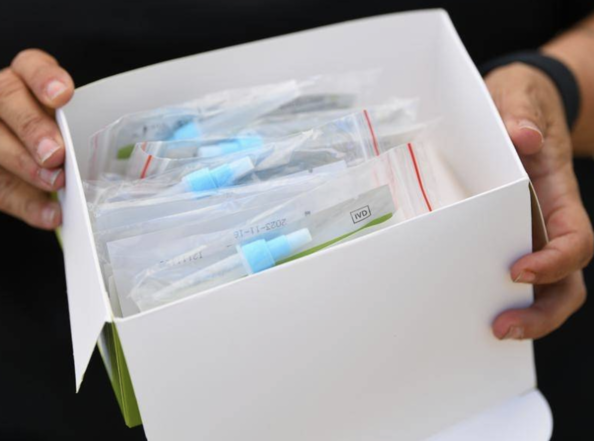 More than 6 million Australians will have access to free rapid antigen tests from today, but pharmacists fear widespread supply shortages mean they will struggle to meet the demand.

Earlier this month, and under sustained demands to make rapid antigen tests (RATs) free for all Australians, Prime Minister Scott Morrison announced concession card holders would be able to pick up tests from their local pharmacies.

Pensioners, veterans and low-income earners are among those allowed up to 10 free tests in a three-month period, with a maximum of five tests in a month.

Demand for COVID-19 testing surged over summer and the shift by state and territory governments to allow the use of rapid tests put incredible pressure on already limited supplies.

The situation is yet to improve, with RAT stocks selling out almost as soon as fresh deliveries arrive. Pharmacists have warned supply shortages will impact the rollout of the federal government’s COVID-19 rapid antigen test concession scheme.

The government has again defended their rollout of the concessional scheme, with Treasurer Josh Frydenberg saying every country is suffering from supply chain issues with regards to the tests.

The nation’s two largest states laid out plans for the upcoming first week of school with rapid antigen tests playing a major role in their similar schemes.

As part of NSW’s long-awaited back-to-school plan, teachers and pupils will get two rapid antigen tests per week when they return to classrooms. The scheme will run for four weeks, covering the states 3,000 primary and secondary schools. Early education and childcare centres will also be included.

Victorian Premier Daniel Andrews announced a similar strategy, saying 6.6 million RATs will be delivered to schools and early childhood centres across the state before primary and secondary students resume classes on 31 January. In all, 14 million RAT kits will be distributed during the state’s surveillance testing regime, which will be reviewed after four weeks. 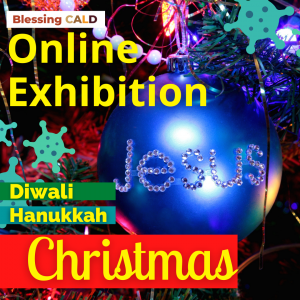