There is evidence that CALD communities are being targeted by anti-vaccination groups. Researcher Dr Kaz Ross of the University of Tasmania indicated that anti-vaccination groups targeted CALD community leaders and communities which had little access to government Covid-19 information to promote their views. It is clear that local government areas such as Hume, Brimbank, Darebin and Melton in Melbourne which is home to large diverse communities, have the lowest vaccination rates in Victoria.

Dr Ross pointed out that anti-vaxxers have targeted these communities. They often appeared to be kind and compassionate people presenting balanced information when they actually presenting anti-vaccine disinformation.

“Melbourne’s northern suburbs, they hang around those places, they stick up fake QR codes, so that if people think that they’re QR coding into the supermarket [but] they’re actually clicking through to an anti-vax site,” she said.

Dr Ross believed those spreading misinformation had tailored their messaging for diverse communities who felt marginalised by government and media.

“If these communities felt included and listened to and heard, and resourced and supported, then it would be much easier to combat the efforts of the anti-vaxxers,” she said

Community advocate and director of Youth Activating Youth, Ahmed Hassan, said diverse communities were being influenced by anti-vax messaging despite the efforts of authorities.

“There’s been videos circulating that have gone viral to parents — that this [vaccination] is part of a thing to target Muslim or multicultural communities, at the end of the day.”

Mr Hassan said the confusion has led to some people refusing to test, and falsely claim the vaccine wasn’t effective and COVID-19 wasn’t real.

It is clear that anti-vax groups are causing more distrust, more angst and fear. And confusion in the community, which is not needed in a time when we need a unified approach. 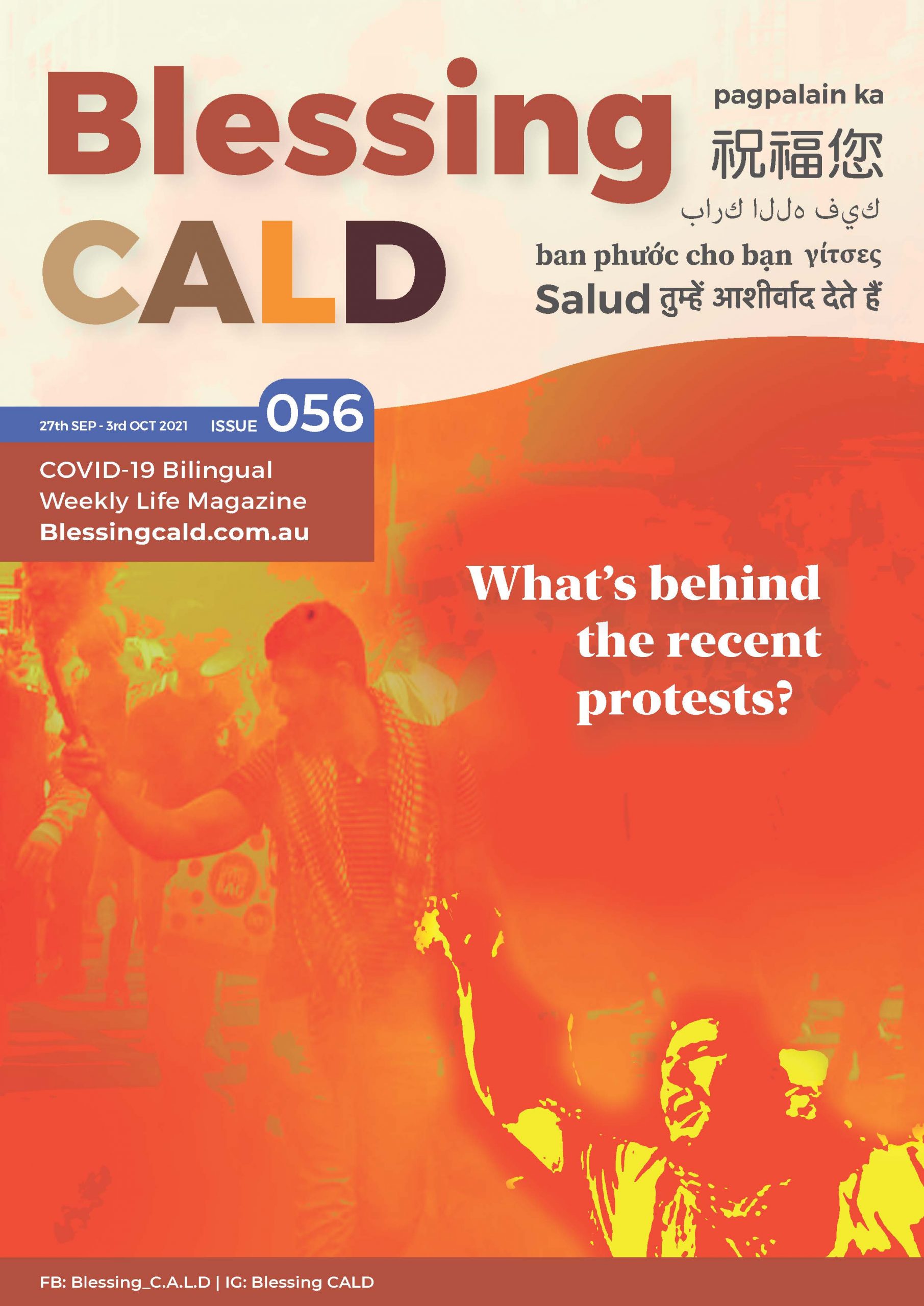 What started last Monday as a protest by construction workers against the policy of mandatory vaccination has changed into daily continued demonstrations by anti-vaccination and anti-lockdown activists.

On Monday, it was construction workers gathered outside the CFMEU building. It was later replaced by men who marched through the city and shut down a major Melbourne bridge on Tuesday. On Wednesday, it was the Shrine of Remembrance becoming the centre of protest with criticism by RSL veterans and society over the disrespect towards the memorial shown by protesters.

Protesters through online live streams saw their actions to be outright tyranny on the unvaccinated being deprived of the right to live. Viewers of these live streams, however, were not Melburnians but anti-vaccination believers from all parts of the world who were fuelling energy to the protesters.

It is clear that protesters are not receiving information from mainstream media. They believed that they were the ones who knew the “truth” and were eager to break the law to fight for the “truth” that they believed. They felt sorry for the majority in the society who were worried about protesters being infected, for being unable to receive “correct” information about Covid-19 as they were “controlled” by mainstream media.

We have seen this phenomenon when people chose social media to be their main source of information. People sharing similar opinions will reinforce their own views when they receive information from limited sources shared only among those with similar views. People simply start to believe a myth that they have created.

Many of these anti-vaccination activists have targeted the CALD migrants to promote their theories as they knew that few migrants were receiving information through mainstream media. Their success will mean disasters to the CALD communities. At the beginning of this pandemic, we had seen that CALD communities were slow in responding to restrictions and social distancing measures. Recently we found a low vaccination rate and high infection cases in suburbs with lots of new CALD migrants.

The governments must make sure that correct Covid-19 information is transmitted and continuously circulated among CALD communities. 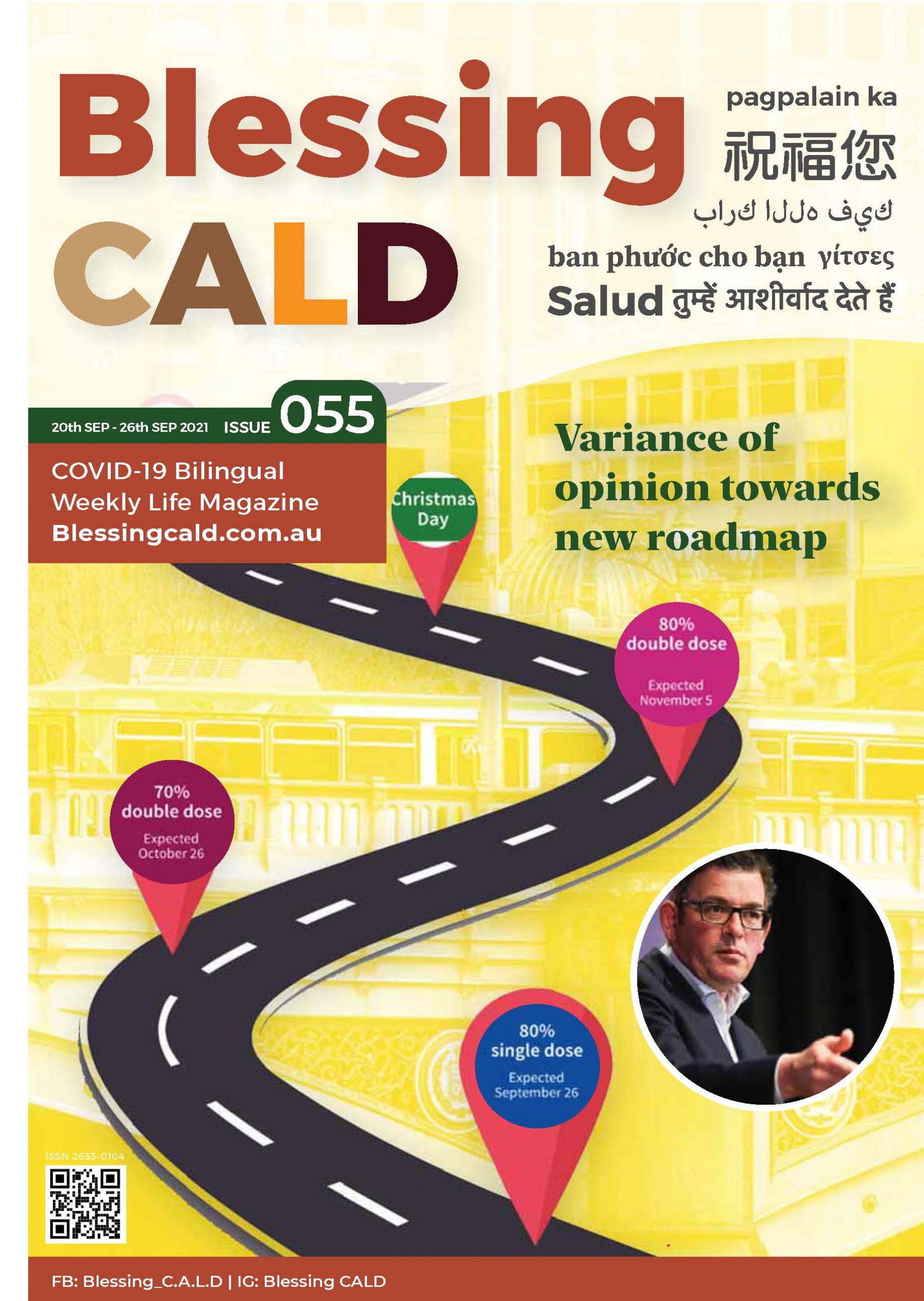 Premier of NSW had given hope to NSW that reopening would be possible after mid-October for the fully vaccinated. The roadmap was queried by many in the past week.

Compared to NSW, Victorians are adopting a more conservative approach. The proposed roadmap was welcomed by many of the public. At least, the light at the long tunnel is visible. However, there are still obstacles for Victorians to go out of this lockdown.

First, from the current trend in vaccination, the 70% target will be achieved on schedule as we have already passed the 70% first dose vaccinated benchmark. There is no reason for the failure of this 70% target with the current ample supply of vaccines. However, to achieve the 80% target, it still needs more promotion. It is still possible that vaccine hesitancy will appear in future.

Second, even though the 80% target is achieved, the CALD communities should not be left behind in vaccination. CALD communities are slow in receiving up-to-date information. The government should organize more campaigns to promote vaccination to CALD communities in order that they will not become victims of the “pandemic for the unvaccinated”.

Third, there are worries that opening at the 80% target will still lead to a burst in the number of infected which in turn will result in a collapse of our hospital system. A 90% or higher target may be needed to avoid this to happen. In such a case, the government will need to develop more measures to persuade and convince those who still hesitated that vaccination is safe and essential in community health care. Public education then comes an important element to achieve this goal.

Fourth, restriction and other social distancing measures are still needed to keep the infected numbers down after reopening. The constant communication and promotion to the public about these measures need to be continued.

Australians need to understand that life after Covid is not the same as before.

Vaccinated ones should have more privileges and greater freedom

Vaccinated ones should have more privileges and greater freedom

In the last week, NSW has already over 70% of the 16+ population received the first dose of vaccine. It is expected that it will be the first state to reach 70% and 80% fully vaccinated. All the attention is now on how NSW will relax its lockdown and what will happen after then.

Victorian Premier Daniel Andrews had complained that Victorians were not given their share of vaccines and pleaded for a greater share to face the escalating infections in the state. The federal government has responded positively by allowing more of the newly obtained extra Pfizer and Moderna vaccines to be directed to Victorians. It is expected that Victorians who once had a long queue for booking for Pfizer vaccine in the past few weeks can shorten the waiting time shortly soon. We hope that the more Victorians being vaccinated, the faster the infections be suppressed.

Yes, we understand that vaccination is the only path for Australians to get out of the pandemic. Now the battleground will shift to a fight with vaccine hesitancy, that is how to convince those who are reluctant to be vaccinated, to receive the vaccine. NSW has proposed special privileges for fully vaccinated which I think is appropriate. There are some promoting rewards be given to encourage people to change their minds to receive vaccines at a late stage. I believe that it is un-Australian to reward those who have refused to vaccinate earlier to change.

The federal government has not spent much in promoting vaccination and community education. It should change its strategy by spending more to promote vaccination in areas of low vaccination rate, especially spend more to promote among CALD communities instead. However, financial rewards would not be appropriate as an incentive. Many Australians have demonstrated their support to this country in getting vaccinated. They are the people that should be rewarded instead. The approach by the NSW government is to be commended.