Prime Minister Scott Morrison appeared to have made a “captain’s call” last Thursday by encouraging people in New South Wales outbreak areas to have their AstraZeneca booster closer to eight weeks after their initial shot rather than wait for the generally recommended 12 weeks. Whereas according to ATAGI’s concern, and that of some other vaccine experts, is if you have your booster shot earlier than 12 weeks, your body won’t develop enough immunity to reliably protect you from serious disease. Confused? Here is what we know so far.

According to a study published in the Lancet, it found leaving less than six weeks between the initial shot and the booster gave 55.1% efficacy (protection from symptomatic disease). Leaving 6-8 weeks between shots increased efficacy to 59.9%, and waiting 9-11 weeks, efficacy was 63.7%. However, if the gap was 12 weeks or longer efficacy jumped to 81.3%. So to get the best protection from the AstraZeneca vaccine, you need at least 12 weeks between your first and second shot. Yet we do know two doses of the AstraZeneca vaccine protects against serious COVID-19 after infection with the Delta variant, whereas one dose doesn’t.

What’s the evidence for 8 weeks to protect against Delta?

Morrison’s call for some people to have their AstraZeneca booster shot from around eight weeks hasn’t come completely out of the blue. It’s an approach the UK has been using to get ahead of the infectious Delta variant, the same variant circulating in NSW. A study published in Nature reported a single dose of AstraZeneca vaccine-induced essentially no Delta virus-neutralising antibodies. However, two doses induced a neutralising antibody response in 95% of people, albeit at a significantly lower level than with the Alpha variant (which originated in the UK). Still, neutralising antibodies against Delta was there in the vast majority of people after two shots, antibodies that could mean the difference between a mild illness and hospitalisation with severe disease.

There are some limitations to this study. First, it did not directly assess vaccine efficacy (you need to conduct a clinical trial for that). Second, it used a range of intervals between first and second shots, so we cannot definitively say the precise protection from the Delta strain at eight weeks versus 12 weeks. However, assessing the capacity of vaccinated peoples’ antibodies to neutralise viruses in the lab is a good indicator of the quality of vaccine-induced protection — and this study really highlighted the need for a booster shot for protection against the Delta variant.

What else needs to be thought about?

A drop in immunity is not the only thing to consider when weighing up the pros and cons of having your AstraZeneca booster shot early. We’ve just heard more Pfizer shots are on their way sooner than expected. If a Pfizer booster shot is made available to people who have already had two shots of AstraZeneca (and this is a big if), this could be a game-changer.

In this case — and remember this mix-and-match approach has not been officially sanctioned — it might not matter too much if an early second dose of the AstraZeneca vaccine gives you sub-optimal immunity. The Pfizer booster would lift your immunity instead. However, it remains to be seen whether such a major policy shift would happen in time to protect people currently in lockdown in NSW. 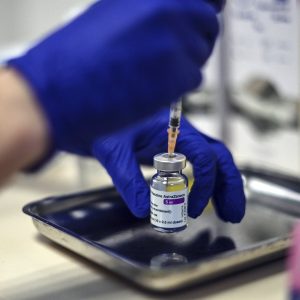 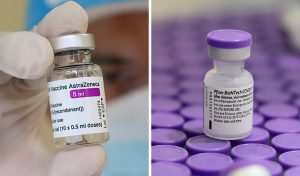 The Delta variant is highly transmissible. So weeks do matter, and with Australia still heavily reliant on the AstraZeneca vaccine, for now, it does make sense to reduce the time between the first and second jab. This is clearly preferable to remaining unprotected for an extra month, particularly if you are at higher risk of infection and/or severe disease.

New South Wales has recommended Sydney residents bring their second dose of the AstraZeneca vaccine forward to six weeks after their first, with doctors and GPs saying it is a “fair compromise” given the state’s outbreak.

Last Sunday the NSW chief health officer, Dr Kerry Chant, urged Sydney residents to get their second dose of the vaccine earlier so they could be fully protected and stem the city’s growing outbreak.

Chant said earlier doses would lose only “a bit” of long-term protection, in return for more quickly protecting people from catching the disease, and from death and serious illness.

Australians were initially advised to wait 12 weeks between the first and second doses of AstraZeneca to maximise long-term immunity, but doses between four and 12 weeks are approved by the Australian Technical Advisory Group on Immunisation (Atagi).

Dr Charlotte Hespe, the NSW chair of the Royal Australian College of General Practitioners, said GPs were ready and willing to bring the doses forward. She also said that people who were worried about losing longer-term immunity would later receive booster shots to extend their immunity.

Things to do in Melbourne this weekend

The chances of developing dangerous blood clots after being infected with the virus that causes Covid-19 far outweighs the risks of the AstraZeneca and Pfizer vaccines, according to the largest study of its kind.

The sweeping analysis used data from more than 29 million people in England to compare both vaccines with infection from Sars-CoV-2. It weighed up rates of hospital admission or death from blood clots, as well as other blood disorders, within 28 days of either a positive test or receiving the first jab. 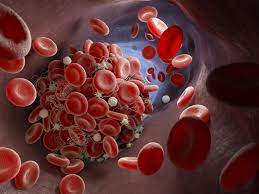 The findings were based on data from electronic health records collected between December 1st, 2020, and April 24th, 2021.

In addition to thrombocytopenia (a condition characterised by low platelet counts) and blood clots, the researchers also looked at certain other risks, including CVST (blood clots in the brain) and ischaemic stroke (a blood clot or blockage that cuts off the blood supply to the brain). 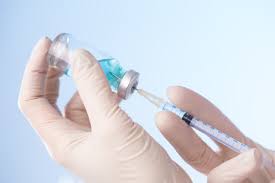 The volunteers manning Lifeline’s crisis hotline have noticed an interesting trend — an increase in first-time callers who say they’ve never felt the need to use the service before.

Some are timid and unsure about whether they should be calling the crisis line, others apologetic; heavy with the knowledge that many others are also suffering right now. 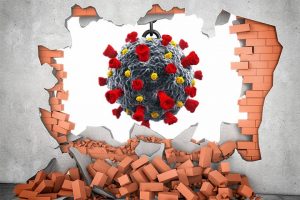 That more people are reaching out to mental health services a year and a half into a pandemic that has upturned our lives, forced people out of work, and left people physically isolated from friends and family isn’t exactly a surprise.

As Sydney prepares to enter its ninth week in lockdown, the mental health organisation is preparing to mark its own milestone: its busiest month since it was founded almost 60 years ago.

The volunteers who answer the calls, known as crisis supporters, say this because the lockdown has exacerbated people’s existing issues — such as financial stress or family problems — and amplified feelings of loneliness and isolation. 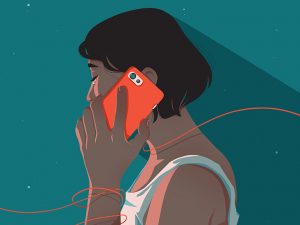 Overwhelmingly the people who work on the frontlines of the mental health crisis say it is usually not just COVID-19 that has led a person to seek help, but a culmination of factors that have worsened since the pandemic.

This could be someone who has a strained relationship with their families forced to spend more time with them, the removal of socialising as a coping mechanism for people who were previously managing to maintain their mental health, or financial stress from lack of work. 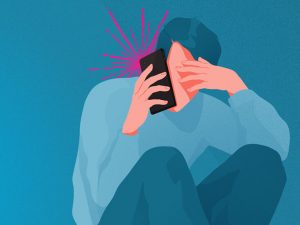 It’s been a record-breaking month for mental health services. On Thursday, Lifeline recorded 3,505 calls in one day — the highest daily number in the organisation’s 57-year history. It was fourth time this month the record had been broken.

More generally, the number of calls is 40 per cent higher than it was two years ago. Where pre-pandemic Lifeline would expect an average of 2,400 calls a day, they are now regularly hovering around 3,400. The calls are also typically longer, which indicates higher levels of distress.

Mental health organisation Beyond Blue has also experienced a dramatic spike in requests for support since the beginning of the Sydney lockdown. Since the stay-at-home orders were introduced this time, demand for the organisation’s services has increased by 29 per cent — almost double the usual 14 per cent increase seen during past lockdowns.

With lockdowns in place across large parts of the eastern seaboard, health authorities are acutely aware of the mental health impact.

Dr Grant Blashki, the lead clinical adviser at Beyond Blue, describes the current situation as a “triple whammy” for people already struggling, referring to concerns about work and finances, the virus itself, and the vaccine.

As a result, since the beginning of the pandemic, leaders have pushed to ensure mental health support is part of the pandemic response and the national conversation. 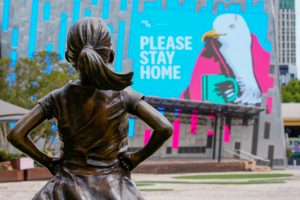 Get vaccinated in your state 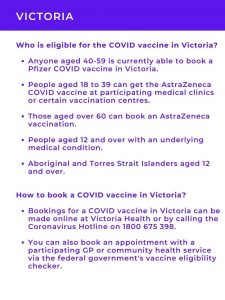 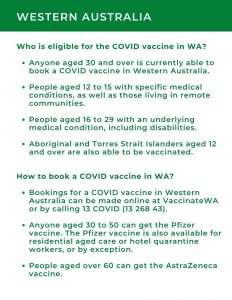 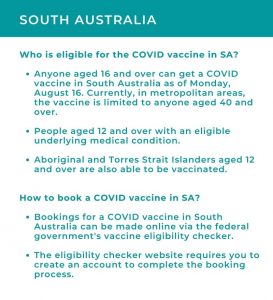 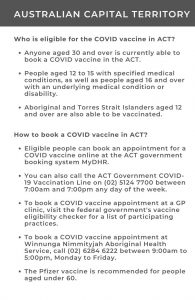 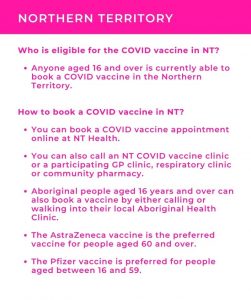 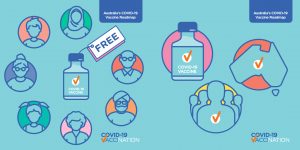